Pacifica Radio Special Program "Not In Our Names: Policing in America" Wed May 25th, 9am - 5pm 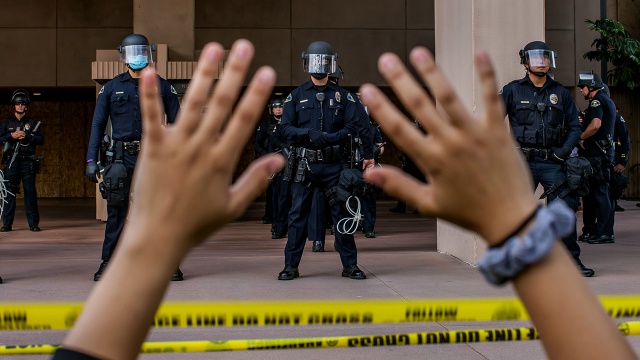 Pacifica Radio presents Not In Our Names: Policing in America, Tuesday, May 25th 9am until 5pm Pacific, on the anniversary of George Floyd’s murder and African Liberation Day.

Across the network we unpack policing from its origins to present day, amplify the voices of activists and legislators calling for police abolition and reform, examine the prison industrial complex fed by police tactics such as jump outs and stop and frisk, and dream aloud of a country where black, brown and low wealth communities are invested in instead of over policed.

Not In Our Names: Policing in America, a National Pacifica special, Wednesday, May 25th, 9am until 5pm Pacific, 11am until 7pm Central and noon until 8pm on your local Pacifica station, building a better world one broadcast at a time.