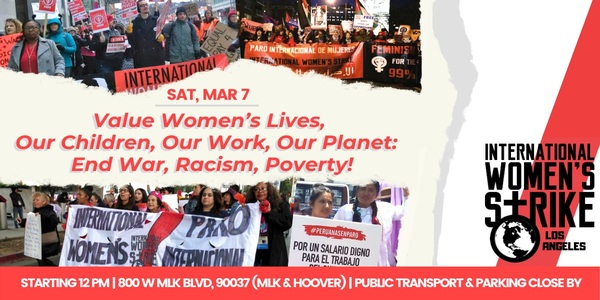 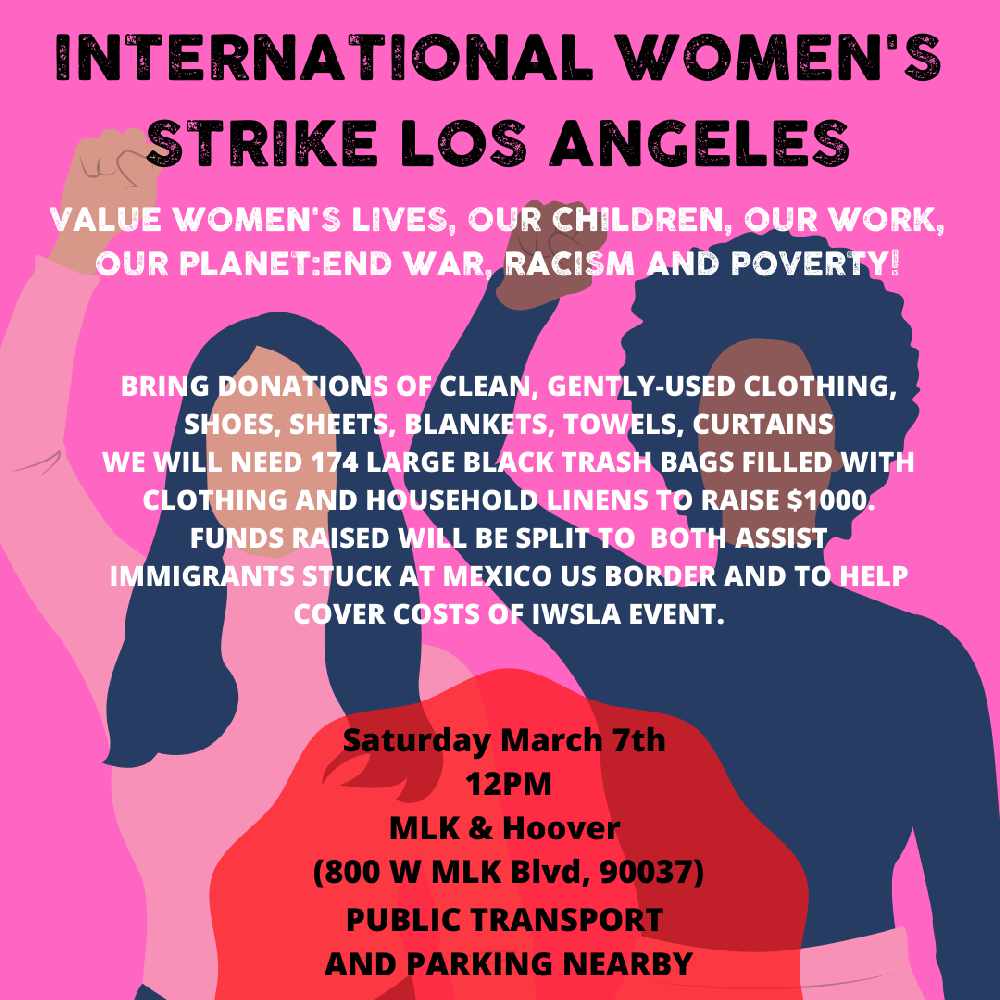 To mark International Women’s Day women and girls in several countries participate in the International Women’s Strike, taking action for our rights, living wages including for mothers and other caregivers; an end to violence, murder and disappearance of women; end war; the rights of Mother Earth; a feminism for the 99%. It’s time for us to step up and step out. IWS-LA will have something for everyone to take part in: street art, speakers, music, a live performance piece and more.

And share this event widely on social media, use the hashtags #iwsla2020; #feminism4the99; #valuewomenslives. Send invites to your friends and email lists!

Contact us at IWSM8LosAngeles@gmail.com or call 310-666-5341 to endorse or to join the planning group.

The event runs from 12:00pm to 4:00pm on the following dates.
Select a date to add this event to your calendar app.