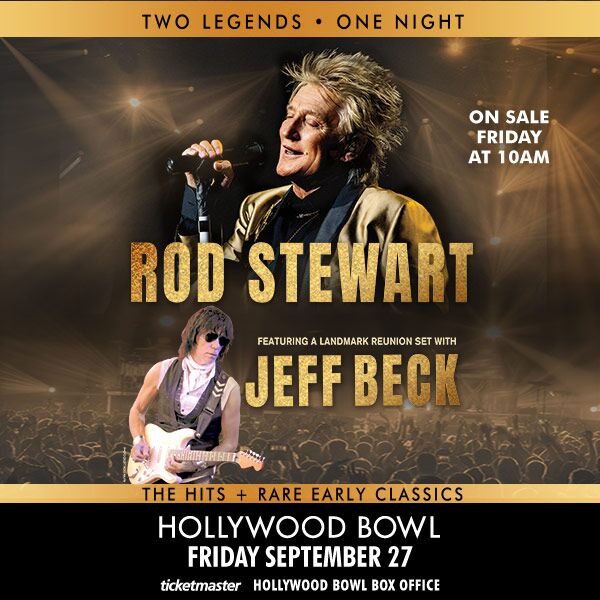 The world knows Stewart to be a man of many facets: the fully paid-up, card-carrying rock star; the father of eight; the full-time curator of one of history’s most famous haircuts; the tireless Celtic fan; the extremely handy soccer player and provider, even now, of a devilishly in-swinging corner from the left-hand side.

The world also knows Stewart to be a songwriter – though not so much in recent years. True, in this area, Stewart has already logged more than his share of keepers – songs that will be around for as long as people listen to pop music. He is the lyricist and melodist behind such staples as ‘Tonight’s The Night’, ‘You Wear It Well’, ‘You’re In My Heart’, ‘The Killing of Georgie’ and the indelible ‘Maggie May’ – all of them miniature masterpieces of story-telling.

Yet somewhere along the way, the source of those lyrical yet direct and instantly nerve-touching narratives appeared to dry up. To the point, even, where, at the beginning of this century, Stewart could look back at his own catalogue from a bemused and baffled distance. As he put it, ‘It was almost as if a person I didn’t know used to write those songs.’

The craft of songwriting lured Stewart from the beginning. As a young teenager, charged with minding his father’s London newspaper shop, Stewart would put up the ‘Closed’ sign, so as not to be disturbed, and sit out the back with an acoustic guitar, attempting to decode and master every track on the first Bob Dylan album. Yet, in the mid-Sixties, in the small, hot British blues clubs in which Stewart did his formal vocalist’s apprenticeship, first as a member of Long John Baldry’s Hoochie Coochie Men, and then in the group Steampacket, it wasn’t about writing your own songs. It was about wringing every drop of soul out of Ray Charles’s ‘The Night Time Is The Right Time’ while simultaneously wearing a sharp suit and keeping a carefully up-combed bouffant in perfect working order. The songwriting ambitions took a back seat.

Even the highly influential Jeff Beck Group, in which Stewart sang between 1967 and 1969, was largely a covers outfit. It’s a plausible argument, nevertheless, that, but for that lack of homegrown material, the Jeff Beck Group (who entirely blazed the trail for heavy rock as we know it) would have been Led Zeppelin before Led Zeppelin.

But then, perhaps, we wouldn’t have had The Faces, Stewart’s next outfit, whose liberal attitude to refreshment in the workplace and whose highly imaginative approach to the reconstruction of hotel rooms set the benchmark for rock’n’roll roistering from the 1970s onwards. It was for The Faces that Stewart, getting into his stride as a writer, came up with the eternal ‘Mandolin Wind’ and the band also saw the flowering of his collaboration with his former Jeff Beck Group cohort and lifetime pal Ronnie Wood. The pair started out unpromisingly, settling down one day in the tiny sitting room of Wood’s mum’s house in west London, armed only with a pad of blank paper and a cheap bottle of wine. The paper remained blank long after the bottle was empty. But the partnership would eventually yield, among others, ‘Stay With Me’, ‘Miss Judy’s Farm’, ‘Every Picture Tells A Story’, ‘Gasoline Alley’, ‘Cindy Incidentally’ (with Ian McLagan) and ‘Had Me A Real Good Time’ (with Ronnie Lane).

Meanwhile Stewart’s solo star had begin its vertiginous rise, substantially propelled by his own writings – a trail of international smash hits across two and half decades, from the era-defining ‘Da Ya Think I’m Sexy’, via ‘Infatuation’, ‘Baby Jane’ and ‘Hot Legs’, to the anthemic and ubiquitous ‘Forever Young’.

Rod Stewart’s 30th solo album Blood Red Roses, which critics and fans around the world are raving about experiencing as a complete album collection, is out today. Released by Republic Records in the U.S. on CD, vinyl, digital download and across streaming platforms, Blood Red Roses’ release has been heralded by first single “Didn’t I,” which scored Stewart his 23rd Top 10 Hit on the Billboard AC airplay chart.

Jeff Beck has never been shy about speaking his mind through his music. For more than 50 years, the Grammy-winning guitarist has expanded rock’s sonic vocabulary with an inventive style of playing that defies categorization.

With LOUD HAILER, Beck’s first new album in six years, the Rock and Roll Hall of Famer shifts gears once again for an album packed with topical lyrics that touch upon his concerns about the future. Loud hailer — another name for a megaphone — is the perfect symbol for the 11 tracks.

“I really wanted to make a statement about some of the nasty things I see going on in the world — greed, lies, injustice — and I loved the idea of being at a rally and using this loud device to shout my point of view.”

To help him write LOUD HAILER, Beck enlisted two young women — guitarist Carmen Vandenberg and singer Rosie Bones.  It was a chance meeting with Vandenberg last year at a birthday party for Queen drummer Roger Taylor that eventually led to the trio’s collaboration.

“She invited me to one of their shows, and I was blown away,” the guitarist recalls. “When we got together in January, I explained the subject matter I had in mind, we sat down by the fire with a crate of Prosecco and got right to it. The songs came together very quickly; five in three days.”

The trailblazing guitarist has been inducted into the Rock & Roll Hall of Fame twice.

He entered as a member of the Yardbirds in 1992 and as a solo artist in 2009. Beck has earned a total of eight Grammy Awards — including one for his previous album Emotion and Commotion — and has recorded with everyone from Stevie Wonder and Buddy Guy to Tina Turner and Mick Jagger. He is widely regarded by his peers and fans as one of the greatest guitarists of all time thanks to his ability to make the impossible sound effortless.