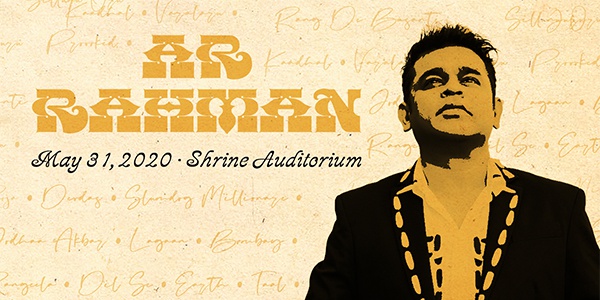 A.R. Rahman, the man behind “some of the most stunning movie soundtracks ever composed” (TIME), is coming to the Shrine Auditorium with a concert that features songs in Hindi, Tamil, Telugu and English, highlighting his gift for “making fusions sound natural” (The New York Times). Rahman’s works are notable for integrating Eastern classical music with electronic sounds, traditional orchestral arrangements, and elements from music genres from around the world. He has won two Academy Awards, two Grammy Awards, a Golden Globe, a BAFTA, and numerous other awards for his work on films including Slumdog Millionaire, 127 Hours, and Elizabeth: The Golden Age, among countless others.