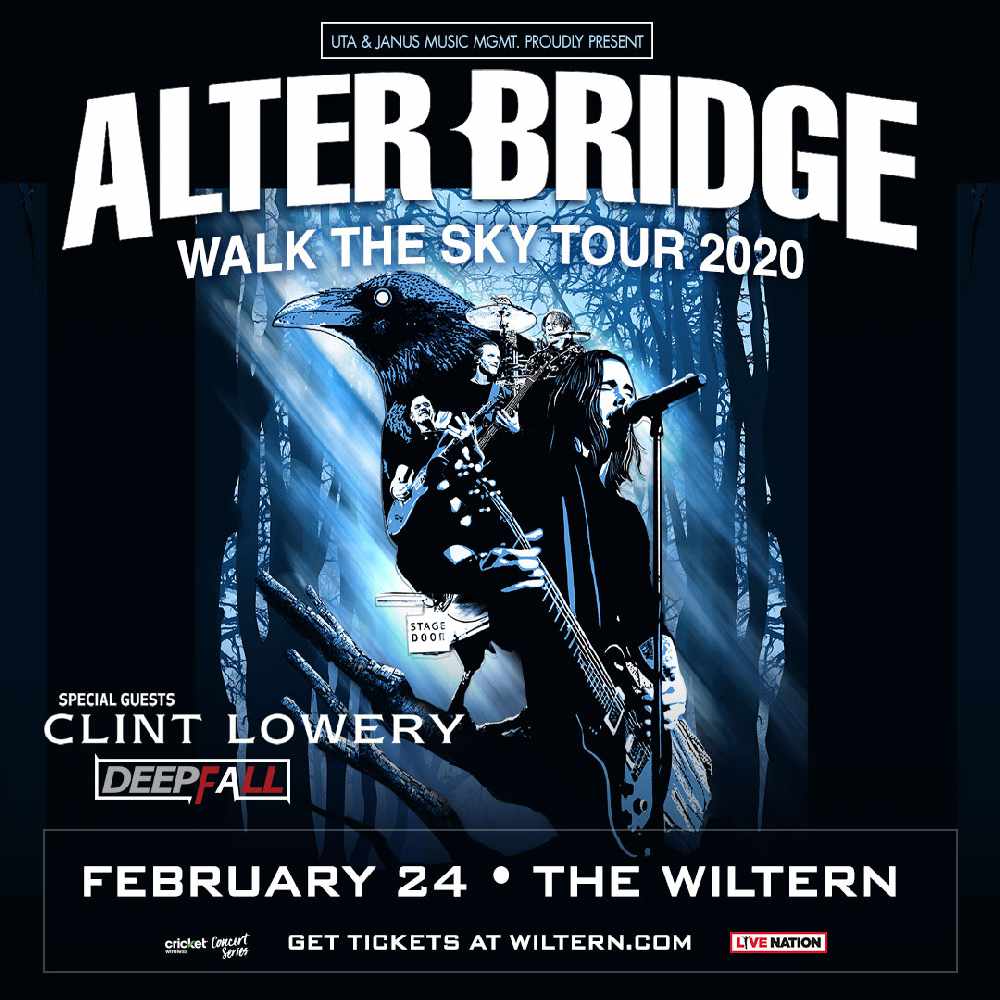 Alter Bridge, Clint Lowery and Deepfall at The Wiltern

Fittingly, on their fifth full-length album, The Last Hero, hard rock juggernaut Alter Bridge pursue a level of
excellence inspired by timeless heroism. Making the record became something of a personal quest for
the quartet—Myles Kennedy [vocals, guitar], Mark Tremonti [guitar, vocals], Brian Marshall [bass], and
Scott Phillips [drums]. In 2013, the band reached an elevated creative and critical milestone with Fortress.
It bowed at #12 on the Billboard Top 200, moving over 30,000 copies first-week and earning unanimous
tastemaker praise. The record garnered perfect scores from Total Guitar and KERRANG! as well as
acclaim from Billboard, The Guardian, Loudwire, Ultimate Guitar, and many more. In between sold out
tours in Europe and North America, the guys appeared on VH1 and graced the cover of Classic Rock
Magazine who labeled Fortress, “The best thing they’ve ever done,” while Eddie Trunk called it, “A top 10
album of the last 10 years.” When it came time to write new music, the musicians collectively raised the
bar yet again.

The event runs from 6:00pm to 11:00pm on the following dates.
Select a date to add this event to your calendar app.