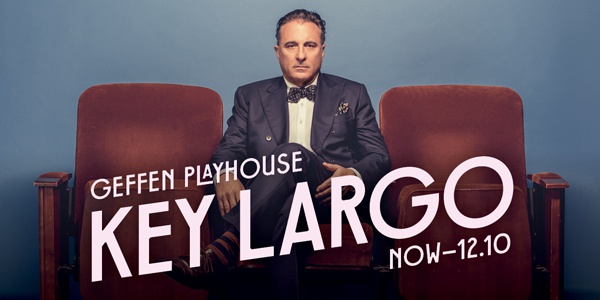 Welcome to the eye of the storm! Key Largo is a bold reimagining of Maxwell Anderson’s Broadway hit that became the iconic noir film starring Humphrey Bogart and Lauren Bacall. Returning from World War II, disillusioned Frank McCloud travels to a hotel in Key Largo to pay his respects to the widow of a fallen friend. What McCloud doesn’t count on is an entirely different battle with mobsters who have overtaken the hotel, led by the ruthless Johnny Rocco (Academy Award nominee Andy Garcia). As a hurricane barrels toward the Keys, McCloud must face his demons in order to take down a monster.

The event runs from 8:00am to 11:00pm on the following dates.
Select a date to add this event to your calendar app.