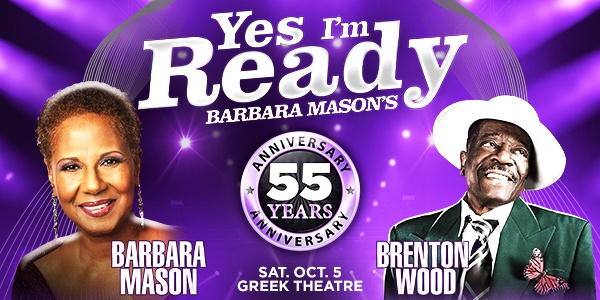 An interesting minor soul performer, Barbara Mason initially focused on songwriting when she entered the music business in her teens. As a performer, though, she had a huge hit in 1965 with her self-penned "Yes, I'm Ready" (number five pop, number two R&B), a fetching soul-pop confection that spotlighted her high, girlish vocals. One of the first examples of the sweet, lush sound that came to be called Philly soul, she had modest success throughout the rest of the decade on the small Arctic label, reaching the pop Top 40 again in 1965 with "Sad, Sad Girl."

In the early and mid-'70s, Mason toughened her persona considerably, singing about sexual love and infidelity with a frankness that was uncommon for a female soul singer in songs like "Bed and Board," "From His Woman to You," and "Shackin' Up." Sweet soul continued to be her groove, and she continued to write some of her material. But the production, as it was throughout soul in the '70s, was more funk-oriented, and at times Mason would interrupt her singing to deliver some straight-talkin' raps about romance. Curtis Mayfield produced her on a cover of Mayfield's "Give Me Your Love," which restored her to the pop Top 40 and R&B Top Ten in 1973; "From His Woman to You" and "Shackin' Up" were also solid soul sellers in the mid-'70s. After leaving Buddha Records in 1975, she only dented the charts periodically, with "I Am Your Woman, She Is Your Wife" (1978), "Another Man" (1984), and a couple of other singles.