Multiple dates from Friday, May 1st to Sunday, May 3rd 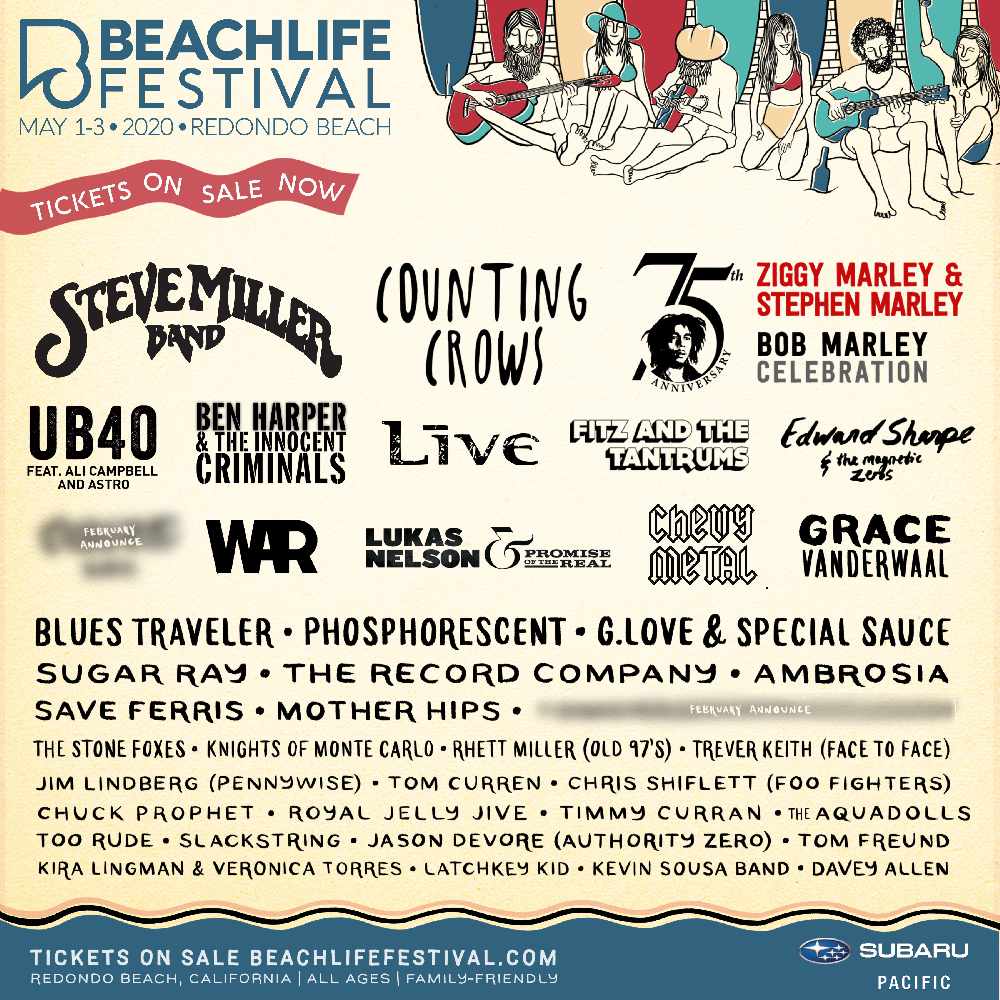 Due to COVID-19 concerns Beachlife Festival has been postponed. We are awaiting the details and will update as soon as we have them. Thank you. More details can be found here also.

The three-day music, art and culinary festival will be May 1-3 2020 at Seaside Lagoon in Redondo Beach.

Last year, BeachLife came onto the festival scene as the first beachfront festival in the L.A. area, focusing on embracing Southern California's beach lifestyle. This year will feature special performances, including Steve Miller Band's only Southern California appearance of 2020, and Ziggy Marley and Stephen Marley will be performing an extensive catalog of Bob Marley tunes in celebration of their father's 75th birthday.

Three-day passes are on sale now on the BeachLife website. A percentage of ticket sales will be donated to several local charities including Surfrider Foundation, Heal the Bay, Life Rolls On, Redondo Beach Police Foundation, Redondo Beach Education Foundation and Walk With Sally.

The event runs from 12:00pm to 10:00pm on the following dates.
Select a date to add this event to your calendar app.