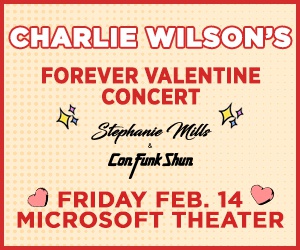 “I’ve been in this game for many years,” reflects the Gap Band founder and solo icon.  “I’ve had some big hit records and sold a lot of records. But I need to still show people that I’m in it. It’s championship time.”

Wilson signed to Jive (now RCA) in 2004 after landing his first No. 1 Billboard Adult R&B hit in 2000, “Without You.” Since then, he’s released six solo albums and become a consistent chart presence. His tally of 19 hits boasts seven more Adult R&B No. 1s. Among them: “My Love Is All I Have,” “You Are” and “There Goes My Baby.” While garnering 13 Grammy nominations and other industry accolades, including BET’s 2013 Lifetime Achievement Award, Wilson has stayed busy on the road, as he is a major concert draw, claiming the crown for top winter tour of 2015 with his Forever Charlie arena tour, or in the studio.

In the years between the Gap Band’s heyday and his solo success, Wilson survived drug and alcohol addiction, homelessness and prostate cancer. He chronicled his odds-defying life and career in his 2015 best-selling autobiography, I Am Charlie Wilson. Sober now for 23 years, the singer says, “I wouldn’t have believed I’d be where I am right now. That’s why I shout every night because I thank God for allowing me to be here.”