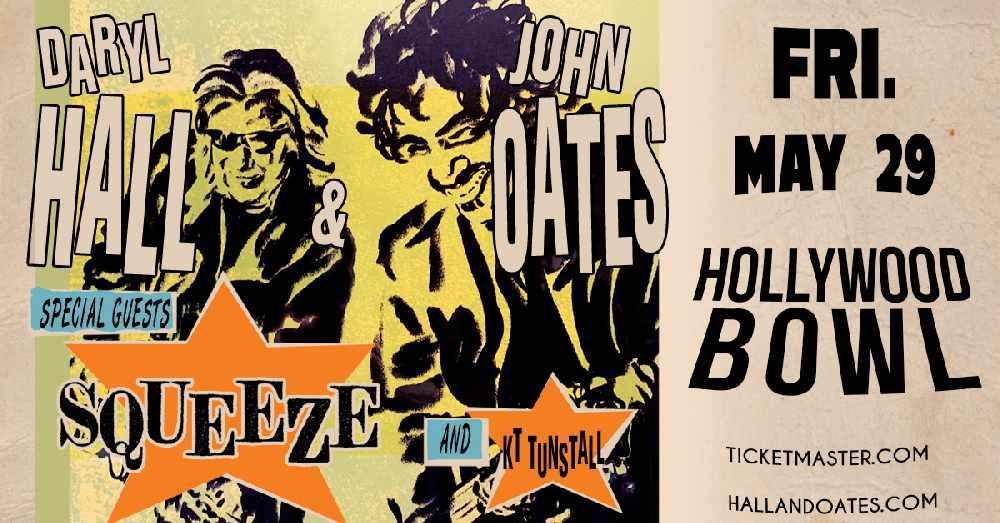 Rock & Roll Hall of Famers Daryl Hall & John Oates have announced a 32-date North American summer tour with Squeeze and KT Tunstall. Produced by Live Nation, the latest tour by the best-selling duo of all-time will kick off this May at the famous Hollywood Bowl in Los Angeles, CA.