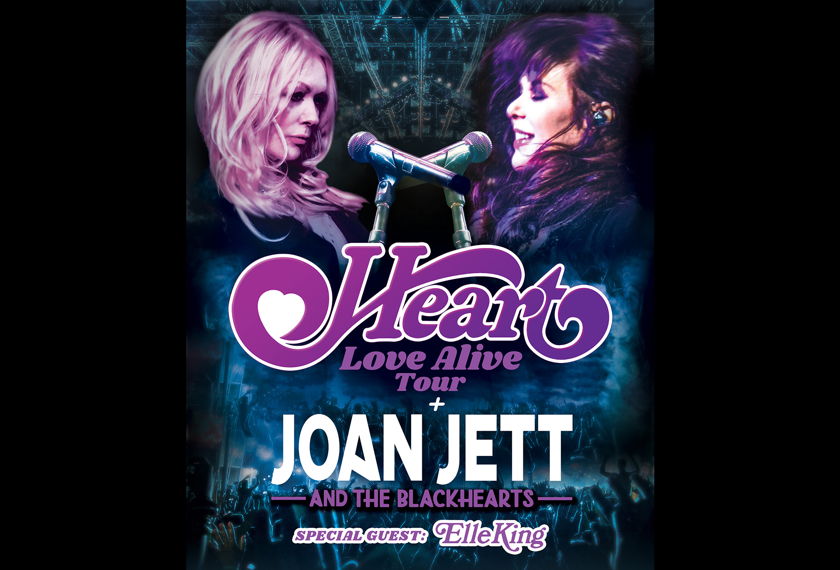 Rock & Roll Hall of Fame inductees Ann and Nancy Wilson first showed the world that women can rock when their band, HEART, stormed the charts in the ‘70’s with hits like “Crazy on You,” “Magic Man,” “Barracuda,” “Straight On,” and so many more. Not only did the Wilson sisters lead the band, they wrote the songs and played the instruments too, making them the first women in rock to do so. Heart continued topping the charts through the ‘80’s and ‘90’s with huge hits like “These Dreams,” “Alone,” “What About Love,” “If Looks Could Kill,” “Never,” and a string of other hits that showcased the sisters’ enormous talents as musicians, singers and songwriters.  As individuals, the sisters have also achieved significant success. Ann sang on songs that were both chart successes and motion picture themes, like “Almost Paradise” from Footloose, “Best Man in the World” from The Golden Child, and “Surrender to Me” from Tequila Sunrise, while Nancy composed and performed the scores to a half dozen motion pictures including the award winning “Jerry Maguire” and “Almost Famous.”Along the way, music by Ann and Nancy Wilson and their band Heart sold more than 35 million albums, sold out arenas worldwide, and found their way into the soundtrack of American life through radio, motion pictures, television, and associations with branded sponsors.