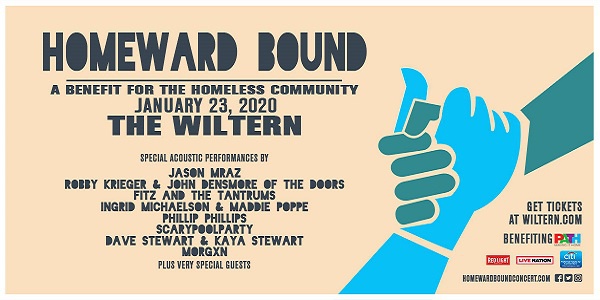 On Thursday, January 23rd, Red Light Management and Live Nation will host the first ever Homeward Bound Concert, a one-night-only affair at The Wiltern in Los Angeles, CA. The evening will benefit PATH and feature A-List appearances by Jason Mraz, Fitz and The Tantrums, Ingrid Michaelson, Scarypoolparty, a rare public performance by The Doors’ Robby Krieger & John Densmore, Dave Stewart and Kaya Stewart, Phillip Phillips, Maddie Poppe, Morgxn and more to be announced in the coming weeks.