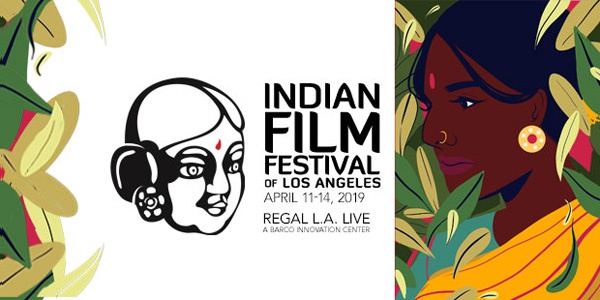 The Indian Film Festival of Los Angeles (IFFLA) is a nonprofit organization devoted to a greater appreciation of Indian cinema and culture by showcasing films, supporting emerging filmmakers, and promoting the diverse perspectives of the Indian diaspora.

Each year the festival features a rich mix of film programs designed to build and support the growing interest in the Indian entertainment industry. This includes programming that cultivates an audience for Indian films while supporting filmmakers of Indian descent in career development as they navigate the larger studio system in Hollywood. IFFLA’s industry programs include the One-on-One program where film industry professionals from major and independent production and distribution companies are invited to participate in meetings with the IFFLA filmmakers; and panel discussions with speakers from the film industry.

The 17th annual Indian Film Festival of Los Angeles (IFFLA) will take place April 11-14, 2019 at Regal L.A. LIVE, the state-of-the-art, world-class cinema in the heart of Los Angeles’ vibrant and developing downtown district. The Opening and Closing Night Galas will be at the Ahrya Fine Arts Theater in Beverly Hills.

IFFLA showcases a combination of features, shorts and documentaries. The festival provides programming and activities that no other film festival in Los Angeles offers and serves a community of Indian and international filmmakers that has the potential of reaching a crossover audience. IFFLA offers the Los Angeles community a unique opportunity to learn about India’s multi-faceted culture and long history of filmmaking.

Filmmakers and cast are invited to present their films and share their experiences with the audiences.

IFFLA offers jury awards for Best Feature and Best Short as well as Audience Choice Awards in the same categories.

Industry professionals from major and independent production and distribution companies are invited to participate in one-on-one 10-minute meetings with the participating filmmakers. The objective of this program is to offer a new generation of talented filmmakers the opportunity to meet with players of the North American film industry and provide them with a unique opportunity to advance their careers.

The Opening and Closing Night Galas begin with a screening of a feature film followed by receptions that include Indian culinary delights, music and dance performances. In addition, the festival presents tributes and retrospectives to acclaimed Indian filmmakers.

Decorated with a distinctly Indian influence, the festival lounge offers pertinent information, festival related activities and comfort. Festival attendees are able to obtain information about Indian and Los Angeles-based organizations while networking in between screenings and during daily and nightly receptions 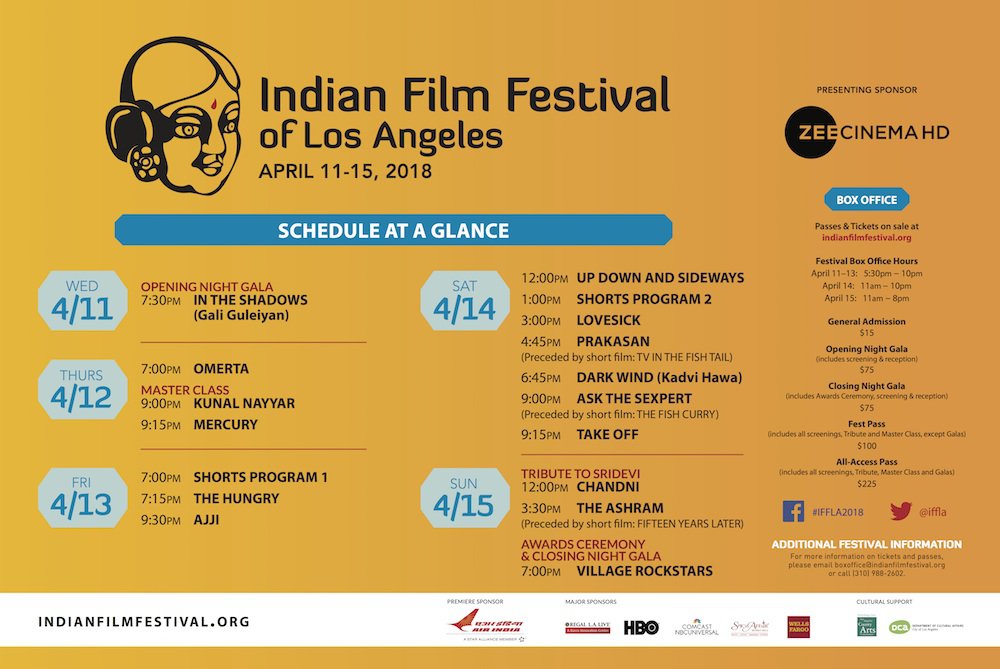 The event runs from 12:00pm to 11:30pm on the following dates.
Select a date to add this event to your calendar app.