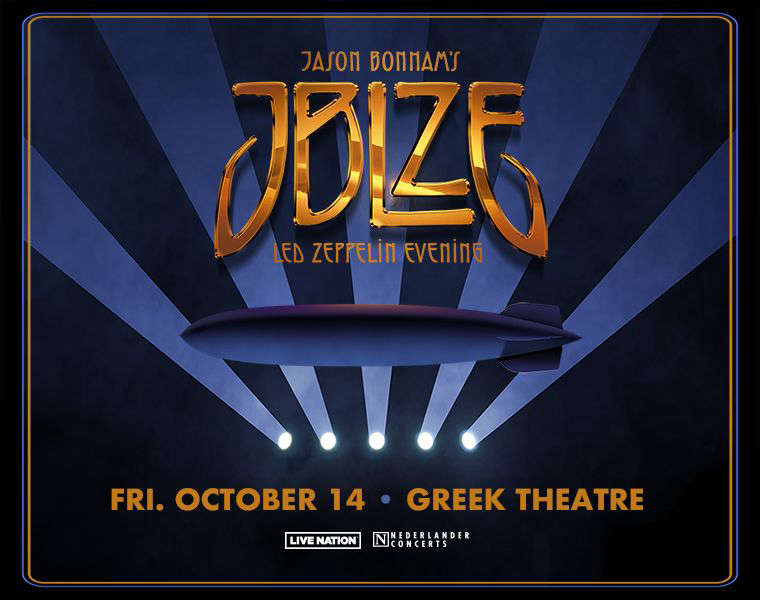 Encompassing hits from the iconic band’s entire career, including albums Led Zeppelin, Led Zeppelin II, Led Zeppelin IV and Physical Graffiti, the concert event celebrates the life and music of Jason’s father, the legendary Led Zeppelin drummer John Bonham, with “…a band that recreates Led Zeppelin’s music to such a degree that one can’t help but close their eyes and simply listen…” [-Classic Rock Revisited].

At just 5 years old, Jason Bonham could play the drums, and by 17, he was a member of the band Air Race. The group signed a record contract with Atlantic Records, recorded one album, and opened for big names like Queen, Meat Loaf, Ted Nugent and AC/DC. Additionally, Jason filled in for his late father, John Bonham to help keep his memory alive.

In 1988, Jason took his father’s spot in the televised, first-ever Led Zeppelin reunion at the Atlantic Records 40th Anniversary concert, which included Robert Plant, Jimmy Page, and John Paul Jones. Later than year, he went on to tour with Page and recorded the album Outrider with him. In 1995, he represented his father again when Led Zeppelin was inducted into the Rock and Roll Hall of Fame.

Jason has toured, recorded and collaborated with a wide range of legendary musicians throughout his career including Robert Plant, Jimmy Page, Paul Rogers, Slash, Jeff Beck, Peter Frampton, The Healing Sixes and many more.