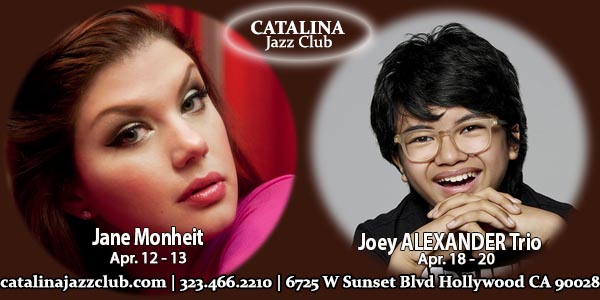 Each day there are two shows. There is an 8:30 show and a 10:30 show. More details can be found at the ticket website.

Too often, talented young artists succumb to believing so much in their own ability that they lose sight of their true potential as significant contributors to their field. Thankfully, there are others committed to evolving and lifting the music to new levels of appreciation with enthusiasm, engagement, and emotional depth. Enter pianist Joey Alexander, who at the age of 14 has already recorded two GRAMMY-nominated studio albums, 2015’s My Favorite Things and 2016’s Countdown, as well as Joey.Monk.Live!, a critically acclaimed surprise release from late 2017 to honor Thelonious Monk’s centennial. With his third studio effort Eclipse, his most personal statement to date, Joey takes another giant step forward, demonstrating his aptitude as a composer, bandleader, and musician, hinting at the many artistic paths open to him in the decades ahead.

Eclipse, recorded over a three-day period beginning on the day of the solar eclipse of 2017, features the pianist with a stellar rhythm section of bassist Reuben Rogers and drummer Eric Harland, and guest appearances by saxophonist Joshua Redman on three tracks. The program ranges from jazz classics penned by John Coltrane and Bill Evans, to the Beatles’ hit “Blackbird”, and a reverent gospel reimagining of the 1875 hymn “Draw Me Nearer.” Most importantly though, Eclipse showcases Alexander’s significant progress as an astute composer, writing six of the eleven tunes.

Born in 2003 in Bali, Alexander lived in Jakarta from age eight to ten and then moved to New York City in 2014, where he has experienced one of the most ascendant careers ever seen in jazz. Jason Olaine, a GRAMMY-winning producer who serves as Director of Programming for Jazz At Lincoln Center and has produced all four of Alexander’s albums, says he continues to be impressed by the pianist’s fantastic gift. “Joey is such a huge talent coming out of a young player, however he wants to create and have fun by playing. It’s not about the accolades or the applause.” He added, “Eclipse shows what an amazing journey Joey has been on, and he’s playing with an openness and clarity.”

“Joey has an infectious sense of play and a deep fascination with the kaleidoscopic possibilities of jazz,” says Motema founder Jana Herzen, who signed the artist at age 10. “What an amazing adventure these four years have been with Joey. Each album his musicality gets deeper and broader. Last year with Joey.Monk.Live!, his sophisticated and vibrant approach to the music of one of the most recorded and respected composers in jazz inspired even the toughest of critics to tip their hats. Now, with Eclipse he’s emerging as a multi-dimensional composer. I can’t wait to hear what happens next.”

The event runs from 8:30pm to 11:59pm on the following dates.
Select a date to add this event to your calendar app.