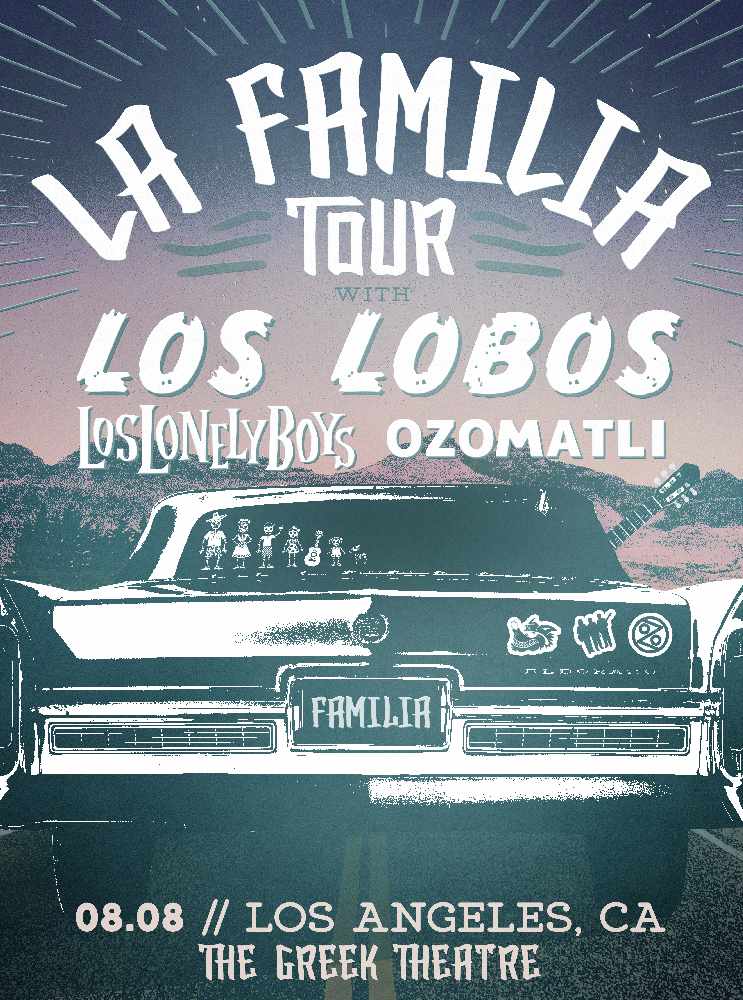 Los Lobos - More than three decades have passed since Los Lobos released their debut album, Just Another Band from East L.A. Since then they’ve repeatedly disproven that title—Los Lobos isn’t “just another” anything, but rather a band that has consistently evolved artistically while never losing sight of their humble roots. Los Lobos were already East L.A. neighborhood legends, Sunset Strip regulars and a Grammy Award winning band (Best Mexican-American/Tejano Music Performance) by the time they recorded their major label debut How Will The Wolf Survive? in 1984.
Although the album’s name and title song were inspired by a National Geographic article about real life wolves in the wild, the band—David Hidalgo, Louie Perez, Cesar Rosas, Conrad Lozano and Steve Berlin—saw parallels with their struggle to gain mainstream rock success while maintaining their Mexican roots. Perez, the band’s drummer, once called their powerhouse mix of rock, Tex-Mex, country, folk, R&B, blues and traditional Spanish and Mexican music “the soundtrack of the barrio.” Three decades, two more Grammys, a worldwide smash single (“La Bamba”) and thousands of rollicking performances across the globe later, Los Lobos is surviving quite well -- and still jamming with the same raw intensity as they had when they began in that garage in 1973.

Los Lonely Boys - Lots of musicians compare their careers to roller-coaster rides, but Los Lonely Boys have had so many close-your-eyes-and-hang-on moments in the 14 years since they recorded their self-titled debut, they should buy an amusement park.The story of how the Garza brothers – vocalist/guitarist Henry, bassist/vocalist Jojo, and drummer/ vocalist Ringo – rode their bluesy “Texican rock” sound from San Angelo, Texas, to worldwide fame is one of rock’s great Cinderella tales. But the story of how they’ve persevered in the face of subsequent challenges is just as compelling. In 2013, they canceled 43 shows and paused work on their last album, Revelation, after Henry was seriously hurt when he fell from a stage in Los Angeles. A couple of years previously, vocal cord nodules had forced Jojo to stop singing for months. And in 2015, their mother passed away.

The event runs from 6:00pm to 11:30pm on the following dates.
Select a date to add this event to your calendar app.