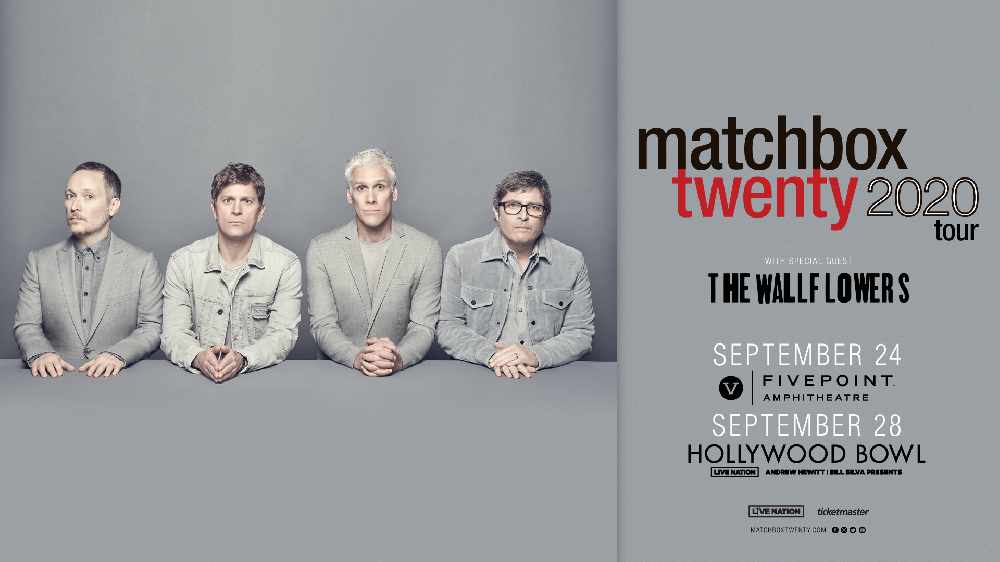 After a several-year hiatus from the stage, beloved alt-rockers Matchbox Twenty emerged stronger than ever in 2012 with their fourth studio album North, landing at No. 1 on the Billboard 200 and embarking on The North Tour 2013 to the delight of fans around the world. The bands 2013 dates with the Goo Goo Dolls treated audiences to old favorites and newer hits like 2012 single "She's So Mean," cementing their status as a must-see band in 2014.

Matchbox Twenty rose to international fame during the ‘90s with classic alt-rock gems like “Push,” “3am,” and “Real World." Their 1996 debut album Yourself or Someone Like You was certified platinum in Canada, New Zealand and Australia and their 2000 follow-up Mad Season was certified 4x platinum in the United States. During a band hiatus in the 2000s, frontman Rob Thomas focused on his solo career, resulting in the phenomenally successful single "Smooth," a collaboration with Latin guitar legend Santana. Fans rejoiced when the band returned to the studio in 2010 to record what would ultimately become 2012’s North, their first album to land at No. 1 on the Billboard 200.