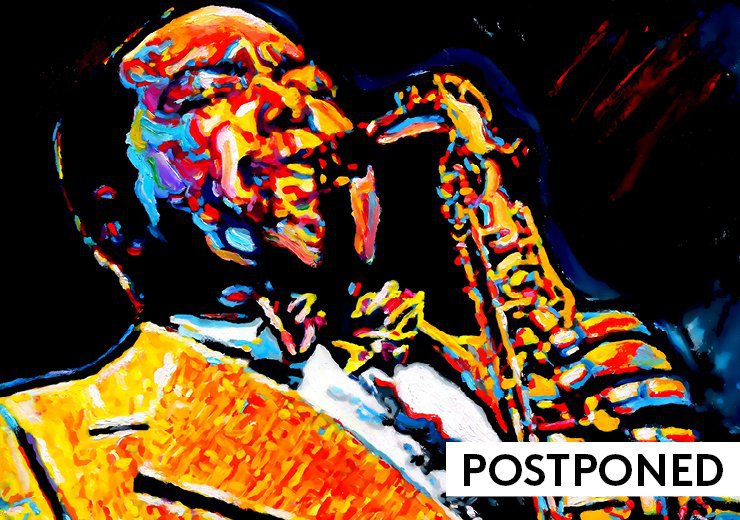 On March 10th, UCLA’s Center for the Art of Performance postponed all performances through April 10th in alignment with UCLA’s policy to suspend gatherings of 100 people or more in an effort to help mitigate the spread of COVID-19. Fly Higher is one of the shows currently affected. Please check our homepage for further updates.

“One of a handful of musicians who can be said to have permanently changed jazz, Charlie Parker was arguably the greatest saxophonist of all time. He could play remarkably fast lines that, if slowed down to half speed, would reveal that every note made sense. “Bird,” along with his contemporaries Dizzy Gillespie and Bud Powell, is considered a founder of bebop; in reality he was an intuitive player who simply was expressing himself. Rather than basing his improvisations closely on the melody as was done in swing, he was a master of chordal improvising, creating new melodies that were based on the structure of a song.” —Scott Yanow