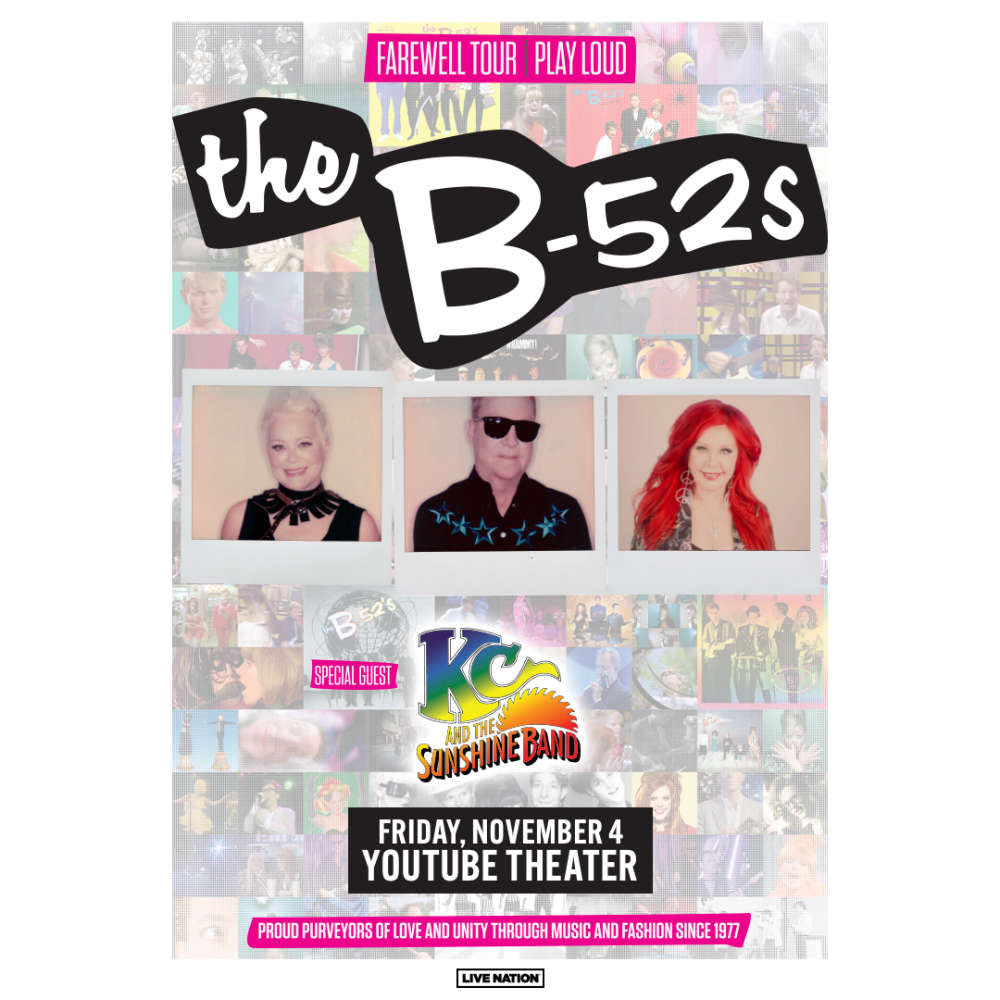 with KC and The Sunshine Band

The B-52s are going to roam from coast to coast one last time.

The quirky dance-pop outfit kick off a final tour this summer with 10 stops, including the YouTube Theater in Inglewood. That show is scheduled for Nov. 4 and follows two shows in San Francisco after three nights in Las Vegas.

“No one likes to throw a party more than we do, but after almost a half-century on the road, it’s time for one last blow-out,” said Fred Schneider, co-founder and singer for the Athens, Georgia-based band, in a statement.

The band burst onto the New Wave scene in 1979 with songs like “Rock Lobster” and cracked the pop charts in the late ’80s with the party classics “Love Shack” and “Roam.”

Their North American farewell tour starts Aug. 22 in Seattle and ends Nov. 11 in Atlanta. Other stops include Boston, Chicago, New York and Washington D.C. Supporting the band will be The Tubes or KC & The Sunshine Band.

Tickets are available at The B-52s.com.