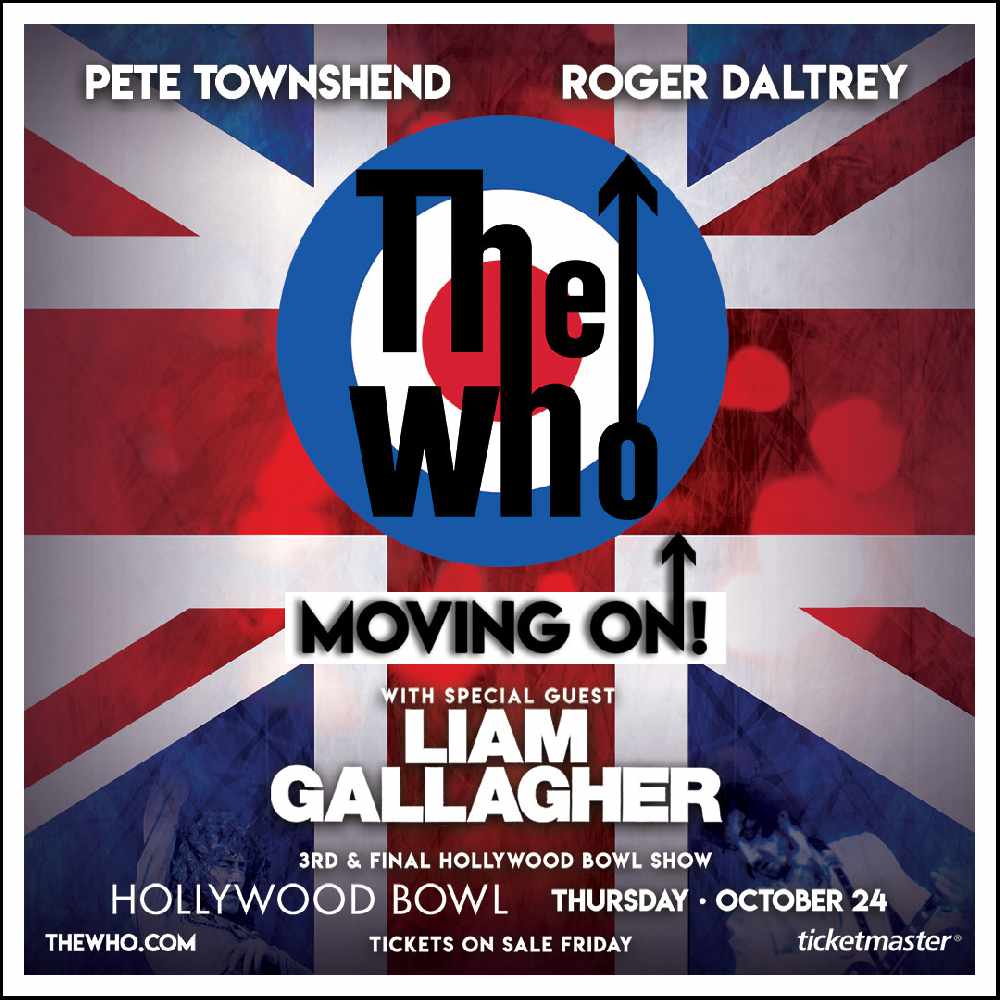 Rock ‘n’ roll gods The Who have always stood out from the pack with their wild onstage antics. Known for smashing guitars, swinging microphones around, jumping off amplifiers, and blowing up drum kits, the band has always represented the pinnacle of rebellious rock genius. Their larger-than-life performances are evenly matched by their huge sound, and classics like “My Generation”, “Pinball Wizard”, and “Won’t Get Fooled Again” are still played with thunderous force. For The Who Hits 50! Tour, the group is bringing their trademark monolithic grandeur and kinetic energy to stages around the world. Ticket buyers should be ready for an awe-inspiring stage show that lives up to the mythical status these legends so rightly deserve.

Formed in 1964 around Pete Townshend, Roger Daltrey, John Entwistle, and (later that year) Keith Moon, The Who have always been on the vanguard of music, art, and culture. With their first single “I Can’t Explain”, the band became a staple of English Mod culture. They also developed a penchant for onstage theatrics such as smashing guitars and destroying drum kits during their sets. The group took their high-concept performances to the next level in 1969 with the release of Tommy, known as the first “rock opera”. Their next album, 1971’s Who’s Next, further established the band with another batch of classic songs like “Won’t Get Fooled Again”, “Behind Blue Eyes”, and “Baba O’Reilly”. The continued to cement their status as rock gods throughout the decade, touring and releasing a steady string of hits. Throughout the '80s, '90s, and '00s The Who continued to deliver riveting live performances to stunned audiences around the world. Despite the passing of several members over the years, Daltrey and Townshend have soldiered on, delivering the critically acclaimed album The Endless Wire in 2006, their first album in 24 years.

A one-man walking, talking hit machine, Liam Gallagher would have to possess one of the most recognisable voices in popular music history. As the front man for Oasis, he not only scaled the mountain but stopped for a lager when he reached the top. His clarion call sounds loud and clear throughout classics like ‘Live Forever’, ‘What’s The Story Morning Glory’, ‘Wonderwall’… do we need to go on? His debut solo album, so many years in the making, is called As You Were and it confirms that Liam is as much of a giant now as he ever was back in the heyday of Britpop. For his first ever headline shows in Australia with a crack band and a setlist that takes in classics old and new, this promises to be the best opportunity to lose your voice mid-singalong at this year’s festival.