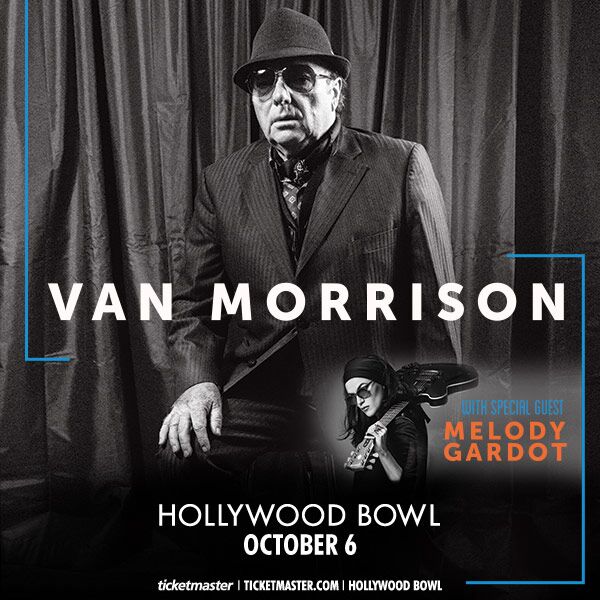 Van Morrison With Melody Gardot at The Hollywood Bowl

Born in 1945 Van heard his Shipyard worker father’s collection of blues, country and gospel early in life. Feeding off musical greats such as Hank Williams, Jimmie Rodgers, Muddy Waters, Mahalia Jackson and Leadbelly he was a travelling musician at 13 and singing, playing guitar and sax, in several bands, before forming Them in 1964. Making their name at Belfast’s Maritime Club, Them soon established Van as a major force in the British R&B scene. Morrison’s matchless vocal and songwriting talents produced instant classics such as the much covered ‘Gloria’ and ‘Here Comes The Night’. Those talents found full astonishing range in Van’s solo career. After working with Them’s New York producer Bert Berns on beautiful Top 40 pop hit ‘Brown Eyed Girl’ (1967), Morrison moved to another realm.