Americana to world music sounds, folk to funk, bluegrass to blues and beyond

On Saturday, December 12 on Roots Music and Beyond, Mary Katherine Aldin's special guest will be Noel Paul Stookey of Peter, Paul & Mary, who'll be discussing "Hope Rises," a new singer/songwriter compilation CD he has produced. 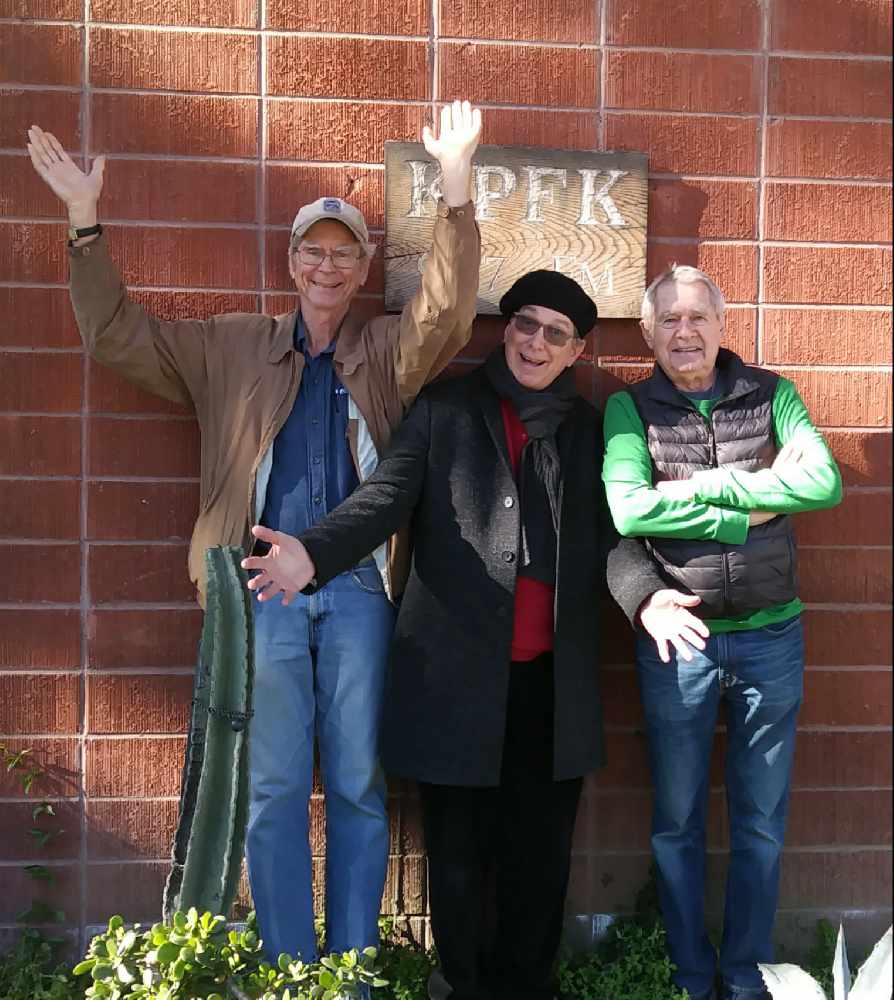 First Saturday of the month: Tom Nixon tomenixon10@gmail.com Tom Nixon of The Nixon Tapes takes listeners on a dithyrambic musical romp through all eras and areas making the familiar sound unfamiliar and vice versa.

Second Saturday: Patrick Milligan pcmilligan@me.com Patrick Milligan had his first radio hosting experience in the late ‘80s on another Southern California public radio station where Mark Humphrey was music director. In the early ‘90s, Patrick began his career in the record business producing catalog releases in many genres and a diverse list of artists including Buck Owens, Gene Autrey, Aretha Franklin, John Coltrane, Peter, Paul & Mary and most recently, Joni Mitchell. After having been a guest several times recently on Roots Music & Beyond, he is thrilled to be a host and join his esteemed friends and colleagues as a member of the team.

Fourth Saturday host: Mark Humphrey mxxkor@gmail.com, may play a classic recording made on a show date or offer other timely tie-ins to the vital variety of our musical roots.

Fifth Saturday (when there is one): Mary Katherine Aldin mkaldin@aol.com, a KPFK music programmer since 1977, usually chooses roots-driven bluegrass, folk, Cajun and Americana sounds to get your day off to a tuneful start.