Unleashing the Power of Poor and Low-Income Americans 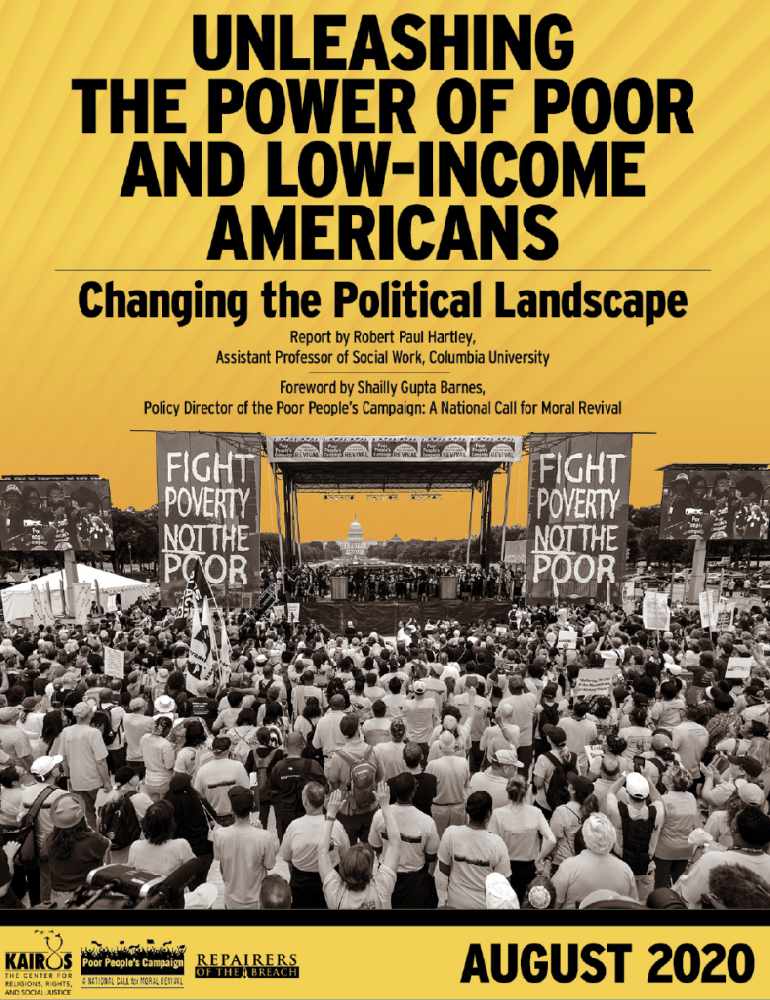 Before the pandemic, there were already 140 million people who were poor or low-income in this country. As the COVID-19 pandemic has revealed, our society’s failure to meet the needs of these millions of people — around health care, jobs, wages, housing, food, water, and more — presents a critical weakness to the nation’s public health and economic well-being. In other words, the concerns of the poor have an impact on everyone.

Yet, in the lead up to the 2016 elections and for most of the 2020 primary season, there were more than 3 dozen debates without one single hour focused on poverty or the issues facing these millions of people.

How would the political landscape change if the needs and demands of poor and low-income voters were better represented in the electoral process? This new report, “Unleashing the Power of Poor and Low-Income Americans,” uses nationally representative data to illustrate the potential voting power of low-income Americans.

The Poor People’s Campaign has consistently described its work as “registering people for a movement that votes.” We know that the votes of poor and low-income Americans can make a difference in our elections.

This research brief provides a closer look at the voting behaviors of these millions of people, relative to the size of the total electorate as well as recent voting margins by state. We believe that its findings support our analysis that organizing among the poor, around an agenda that represents the concerns of the poor, can fundamentally change the political map of this country and lead to policies that are just and representative for all Americans.

For more information on the Poor People's Campaign or to Join visit  Poorpeoplescampaign.org