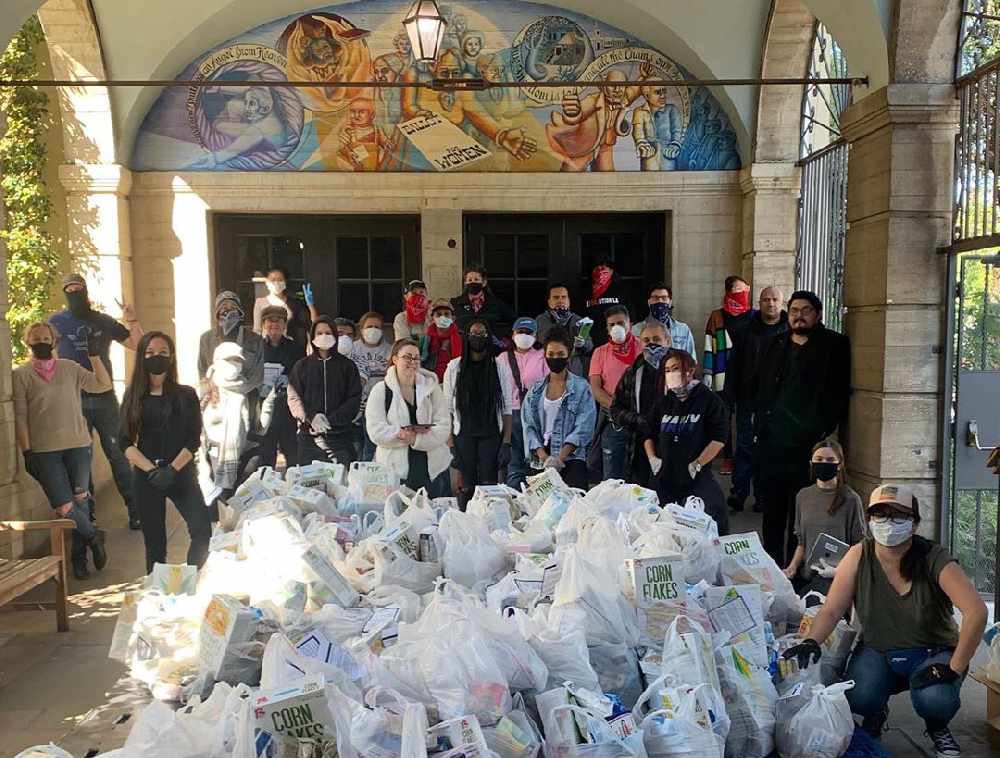 Communities across Los Angeles have mobilized to support the city’s more vulnerable populations in the face of the growing coronavirus pandemic. Several groups are actively amassing food, toiletries and disinfecting supplies like hand sanitizer and wet wipes despite orders not to congregate.

Many grassroots groups say they’re taking precautions but are sorely needed as the government agencies have yet to put a comprehensive plan into action. 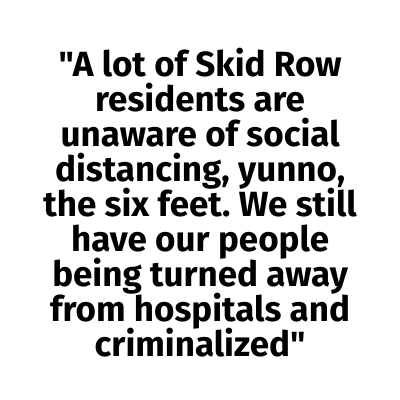 On Skid Row, tens of thousands of unhoused residents toil on cold, wet city streets. Los Angeles officials and the CDC consider the more than 50,000 homeless residents as the most vulnerable to contracting the coronavirus.

LA CAN the Los Angeles Community Action Network, one of the more popular grassroots advocates in the downtown LA neighborhood, has jumped to action. They’re setting up over a dozen hand sanitizer and wash stations because they say the city has failed to come up with a solution to protect them. Pete White, the group’s executive director, says it’s unconscionable that most unhoused residents have no plan to stay safe.

“A lot of Skid Row residents are unaware of social distancing, yunno, the six feet. We still have our people being turned away from hospitals and criminalized,” says White.

Across town near Pico-Union and Koreatown, Urban Partners LA has been putting together donated grocery bags and delivering them to vulnerable residents including seniors, disabled, and low-income families. Venus a Koreatown resident, said she was scared of the current situation. She stood in line to receive free groceries and said she didn’t know what she’d do without the assistance.

“So with the blessing of God, I hope by next month everything comes through,” says Venus, who donned a face mask, gloves, and a heavy overcoat. “Because of the coronavirus, we’re helpless. But thank God for the food bank.”

Several bills have failed to pass Congress that was meant to alleviate the suffering of average American workers either out of a job or having had hours or income severely cut back.

Congress is trying to quickly pass a massive relief package as the outbreak wreaks havoc on the economy creating the most pain at the bottom of the economic rung, as usual.