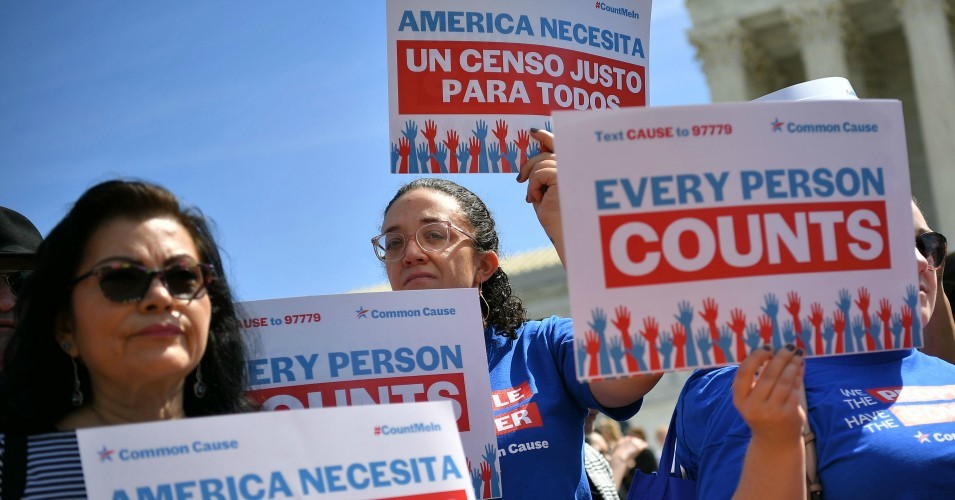 Demonstrators rally at the U.S. Supreme Court in Washington, D.C. on April 23, 2019 to protest a proposal to add a citizenship question in the 2020 census. (Photo: Mandel Ngan/AFP/Getty Images)

President Donald Trump issued a memorandum on Tuesday seeking to exclude undocumented immigrants from being counted in the census—a move being criticized as "flagrantly unconstitutional" and as another effort "to weaponize the census for an attack on immigrant communities."

"After losing the battle to include a citizenship question on the 2020 census, the Trump administration seeks to resurrect this fight through a memorandum that runs contrary to the Constitution, Supreme Court precedent, and historical practice," said Kristen Clarke, president and executive director of the Lawyers' Committee for Civil Rights Under Law.

"For the purpose of the reapportionment of Representatives following the 2020 census, it is the policy of the United States to exclude from the apportionment base aliens who are not in a lawful immigration status under the Immigration and Nationality Act," Trump's memo states.

"Excluding these illegal aliens from the apportionment base is more consonant with the principles of representative democracy underpinning our system of government," the order claims, though the 14th Amendment makes clear that "Representatives shall be apportioned... counting the whole number of persons in each state."

"It is flagrantly unconstitutional to exclude people from the Census count based on their immigration status," tweeted Sen. Elizabeth Warren (D-Mass.). "The Constitution requires that every person be counted. This is another attempt by Trump to use scaremongering against immigrants and rig the system," Warren said. 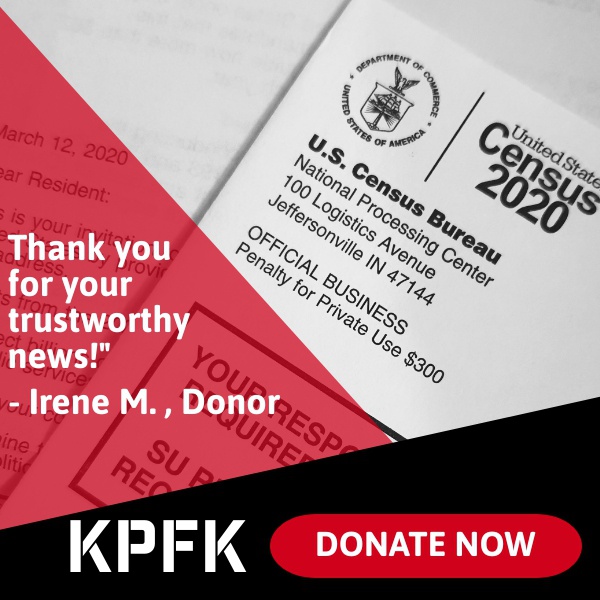 According to Sen. Kamala Harris (D-Calif.), "Trump is once again trying to weaponize the Census to scare immigrant communities for his own political purposes."

Further, as NPR noted, it is not the president but Congress that has authority over carrying out the "actual enumeration" of the country's population in "such manner as they shall by law direct."

"A presidential memorandum cannot rewrite the Constitution," Karen Hobert Flynn, president of Common Cause, said in a statement.

The president's memo, USA Today reported, "will almost certainly draw legal challenges just as an earlier effort by Trump to add a citizenship question to the 2020 census prompted a court battle that went to the Supreme Court, an effort the president lost." And with census workers not allowed to ask people's legal status, how the administration would obtain that data is unclear.

"Even the process for using administrative records to determine who is a citizen and who is not is deeply flawed and inaccurate at best, especially for noncitizen households that rarely interact with government agencies," said Flynn.

"Counting households through administrative data would only disproportionately undercount Black and Brown households," she added.

Dale Ho, director of the ACLU's Voting Rights Project, who successfully argued the case blocking the Trump administration from adding a citizenship question on the 2020 census, expressed certainty the new memo would suffer a similar fate.

"The Constitution requires that everyone in the U.S. be counted in the census," he said. "President Trump can't pick and choose. He tried to add a citizenship question to the census and lost in the Supreme Court."

"His latest attempt to weaponize the census for an attack on immigrant communities will be found unconstitutional," said Ho. "We'll see him in court, and win, again."