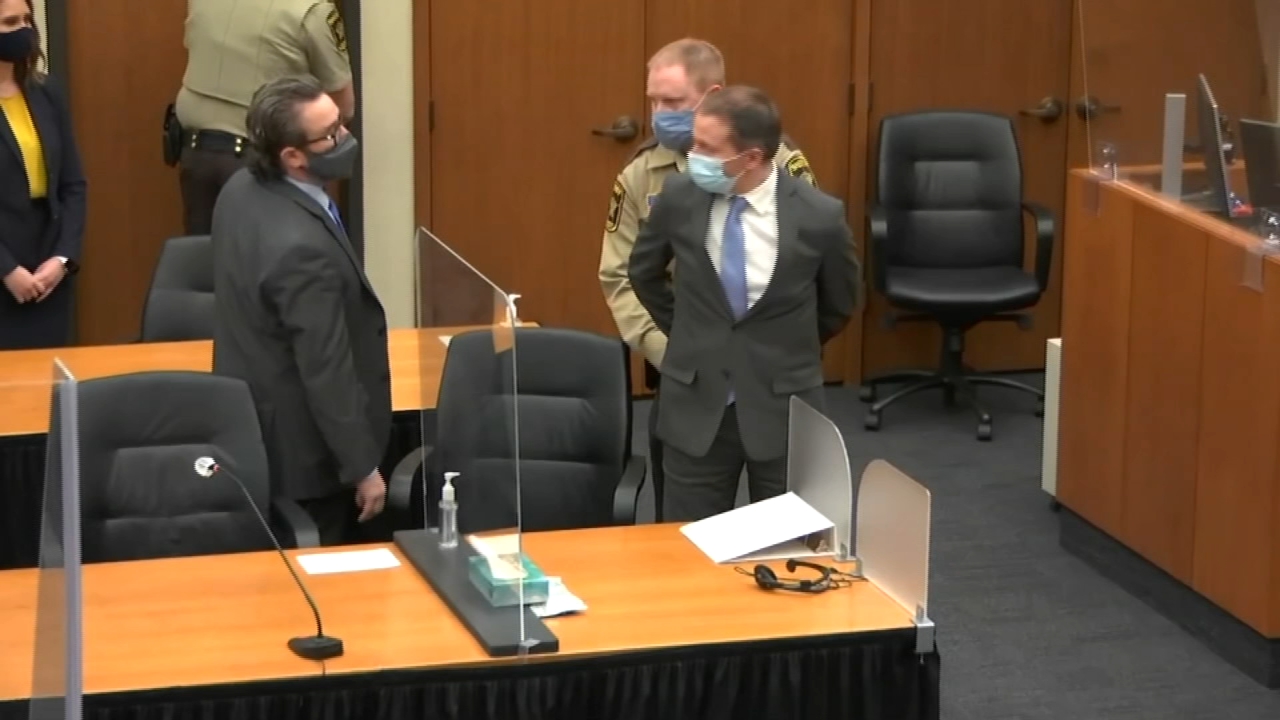 Former Minneapolis police officer Derek Chauvin is taken into custody as his attorney, Eric Nelson, looks on after the verdicts were read on Tuesday at Chauvin's trial for the 2020 death of George Floyd.   Court TV/AP

A jury found former Minneapolis police officer Derek Chauvin guilty on all the counts he faced over the death of George Floyd. The trial was one of the most closely watched in recent memory, setting off a national reckoning on police violence and systemic racism even before the trial commenced.

With most of his face was hidden behind a surgical mask, Chauvin watched as the verdict was returned. Judge Peter Cahill thanked the jury members for their "heavy-duty jury service." Chauvin was remanded into custody as the jury was dismissed, and Cahill said sentencing is expected in eight weeks.

State sentencing guidelines recommend 12.5 years in prison for a conviction on unintentional second-degree murder for someone with no criminal history. But prosecutors could seek a sentence up to the maximum of 40 years on that count if Cahill determines there were aggravating factors.

Listen to KPFK for reactions, updates and developments.