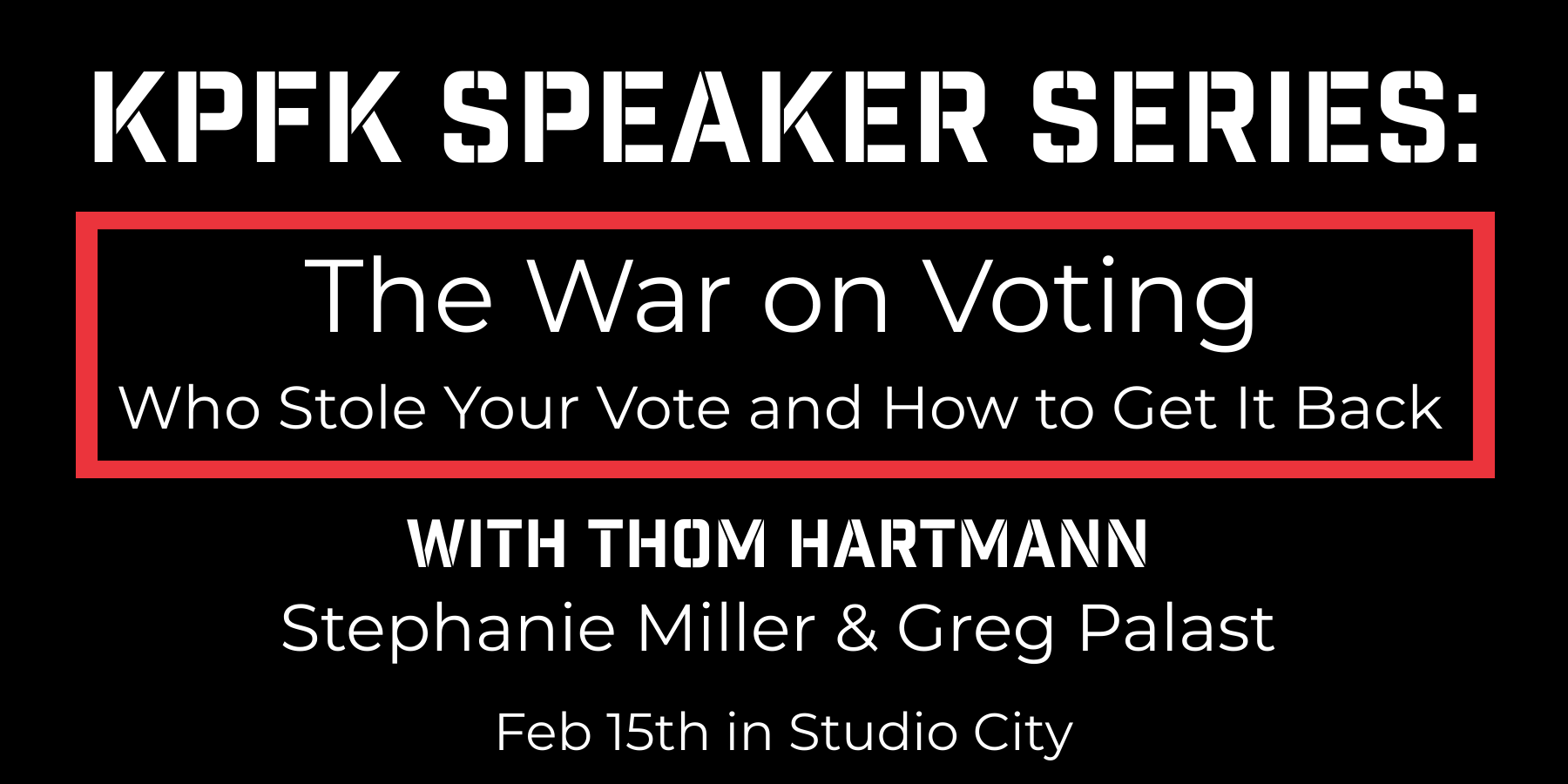 Donald Trump was elected by only 26 percent of eligible voters. Unfortunately, this is not a bug in our system; it’s a feature. Thom Hartmann unveils the strategies and tactics that conservative elites in this country have used form the foundation of the electoral college to the latest voter ID laws, to protect their interests by preventing “the wrong people”— such as the poor, women, people of color—from voting while making it more convenient for the wealthy and white. Thom will layout how to fight back. 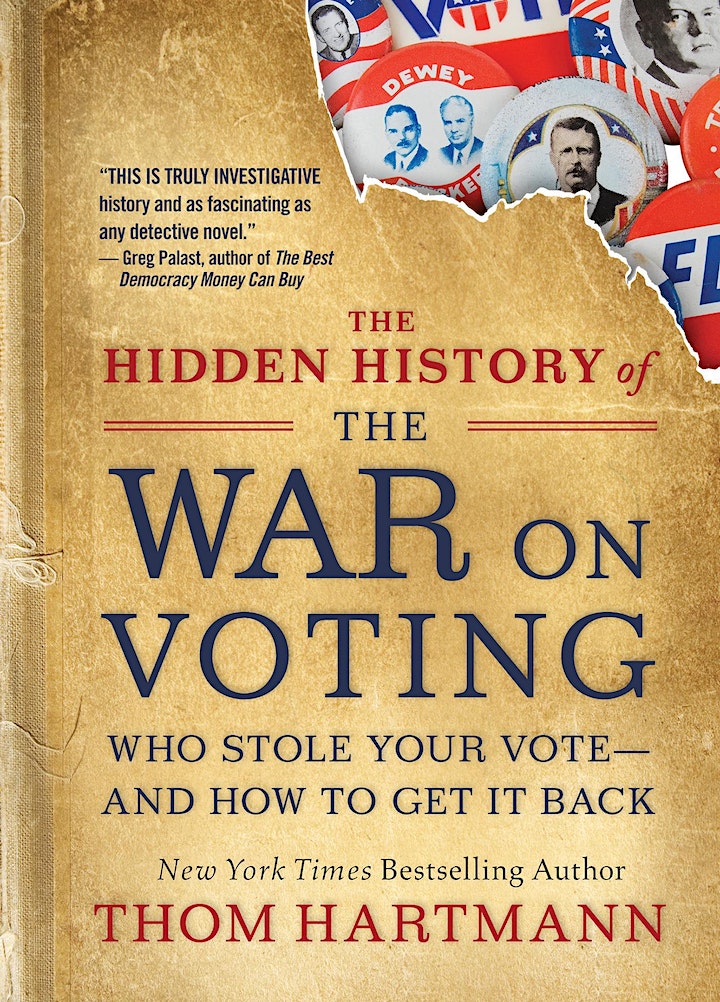 “This engaging and brutally honest, and meticulously documented book is a must-read for every American who recognizes that our common future depends on achieving the democracy we thought we had but never did. "

— David Korten, author of When Corporations Rule the World

This is a KPFK fundraiser. KPFK provides an accessible community media platform that aids in the process of building citizenship and raising social awareness to strengthen communities.

Special Report From Brad Friedman on the New Voting system being implemented in Los Angeles.

1:45 PM Event Starts with a briefiung from the station

The event runs from 1:30pm to 3:30pm on the following dates.
Select a date to add this event to your calendar app.