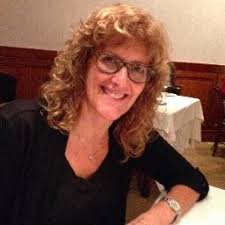 Beneath the Surface with Suzi Weissman

Online archives and podcasts can be found HERE

Suzi Weissman began weekly broadcasting on KPFK in 1981, first with the program "Portraits of the USSR" (1981-1993) and "Read All About It" from 1981-1994. When the Soviet Union collapsed and the Cold War came to end, President George HW Bush called it 'the new world order" so Suzi started a new weekly program "The New World Disorder" that aired from 1993-1995. She has been broadcasting the weekly drive time "Beneath the Surface with Suzi Weissman" since 1994. The program archives through 2003 are held at Stanford University's Hoover Archive.

Beneath the Surface features interviews with leading thinkers and activists on the important issues of the day, with a focus on deeper analysis that available elsewhere on
•    The disintegration of the USSR and subsequent development,
•    The economic crisis beginning with bubblenomics from the 1990s until the crash in 2007-8, with ongoing analysis of the post-crash economy here and internationally
•    Labor struggles
•    History and analysis of socialism and experiments in social change.
•    the Revolts beginning with the Arab Spring and Greek general strikes to Occupy, the Indignados, mass occupations of squares throughout the world, Syriza, Podemos, et al