A 21st Century Priority: The PRO Act will Revive the Labor Movement and Re-Build the Middle Class 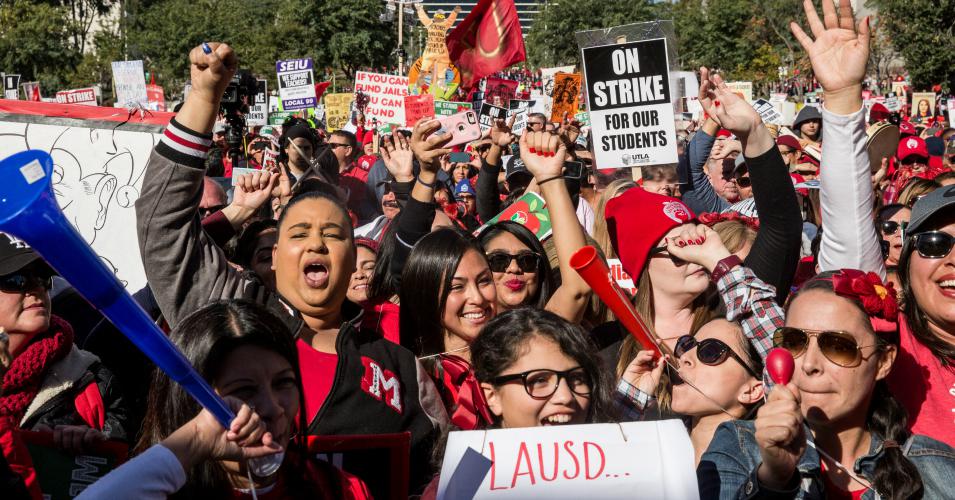 Labor Day 2020 has bittersweet resonance for progressives. It's a celebration of how organized labor won tremendous benefits for the American people. How the collective struggle of working people established a standard of dignity for all workers, against the wishes of bosses and investors - that is, against capitalism itself, against the most powerful force in modern times.

Yet, the strength of American labor has diminished precipitously over the past half century. Only around 6% of private sector American workers are currently members of a union. That's down from a peak of over 35% in the 1950s. Organized labor has lost more than 80% of its power in the private sector.

Not surprisingly, wages for all American workers have flatlined for over forty years now, and benefits have deteriorated. Simultaneously, costs for working class households for what should be basic human rights like housing, health care, and education have exploded. If you think those increases, and the extra burdens they place on average households, are unrelated to the weakening of organized labor, you're mistaken.

Simply put, in contemporary America - a modern, industrialized, technological society - the fate of 100 million working and middle class (and poor) households is directly correlated to the fate of organized labor.

So, given the decline of workers' collective power, here's the big question for Labor Day 2020: What is to be done?

Fortunately, after decades of decline - which coincided with organized labor's uncomfortable alliance with anti-labor neo-liberal forces in the Democratic Party because they weren't as savagely anti-labor as the GOP - it looks like organized labor has a clear winnable strategy to make a comeback.

The immediate goal is to pass The Protect the Right to Organize Act, aka The PRO Act, through Congress and have it signed into Federal law.

This broad piece of legislation pretty much negates four decades worth of anti-labor barriers that the right wing has put in place to block the formation of labor unions and the achievement of union-negotiated contracts.  It's not perfect legislation. It doesn't include the card check rule that was the centerpiece of labor's failed effort at a revival in the early Obama Administration; but it would force changes that come close to achieving a similar end (more about this later).

What the PRO Act does include would be game-changing. It would:
- "Penal­ize employ­ers who fire or retal­i­ate against work­ers try­ing to form a union
- Stream­line the union cer­ti­fi­ca­tion process (though not, as mentioned above, via 'card check')
- Pro­hib­it employ­ers from forc­ing employ­ees to attend anti-union meet­ings, often deployed dur­ing orga­niz­ing drives
- Elim­i­nate right-to-work laws, which exist in 27 states
- Ban the per­ma­nent replace­ment of strik­ing workers
- Legal­ize sec­ondary boy­cotts and picketing (though, not yet, solidarity strikes; which were made illegal by 1947's hideous Taft-Hartley Bill)
- Make it hard­er to clas­si­fy work­ers as inde­pen­dent con­trac­tors (sim­i­lar to California’s AB5 bill, which Uber and Lyft are fighting)"

Here's some more good news: this legislation was already passed this February by the Democratically controlled House of Representatives; but, of course, it will never see the light of day in a Mitch McConnel controlled Senate, let alone get signed into law with Trump as President. Still, passage through the House shows there's hope if the Democrats can wrestle away the Senate and the White House from the GOP this fall.

The problem, and it's a big one, is that almost no one in the general public has ever heard about The PRO Act - and the likelihood of its success in such a political vacuum is, aptly, pretty much null and void.

How so? Won't the Dems push it through if they win both houses of Congress and the one at 1600 Pennsylvania Ave. Well, they didn't deliver for Labor in 2009 with massive majorities in Congress (they even had a veto-proof majority in the Senate) and Obama in the White House. Card Check was the proposal then. It was promised on the campaign trail, but got nowhere when it mattered.

This time around, the Dems won't have anywhere near the size of their 2009 majority in the Senate (even in the best case scenario), so it's naive to believe we can leave it up to them. What we'll need is massive public pressure; and it has to come from more than just organized labor. This time around, we'll need to mobilize the tens of millions of non-union member progressives too.

So, this Labor Day take a vow of solidarity with American workers of the 21st Century.  Let's place the PRO Act right beside Medicare for All, the Green New Deal, and the Breathe Act as progressive priorities in 2021. A powerful labor movement is essential for the inclusive, prosperous, healthy, well-educated middle class society we want.

For now, what's required is a simple two-step. Step one, commit to defeating the GOP this fall. Step two, commit to demanding that the Democrats follow through and support the PRO Act - or you'll make sure those Democrats who betray labor will be challenged by a true pro-worker candidate in their next primary election.

Then, once we're on a roll, let's get Card Check passed too - let's face it, we haven't gotten anywhere asking for half-measures. After that, let's keep going until solidarity strikes are legal in this land. After all, why do you think labor unions are so strong in France? It's 'cause when the bosses attack train workers, or bus drivers, or factory workers - you pretty much have a general strike on your hands. Did you think French workers have six weeks vacation because their bosses are nicer? Same goes for their free and excellent health care and education, and strong middle class, and longer life expectancy, and...)

So, tell everyone about the PRO Act at your virtual Labor Day BBQ. Let's make sure it's a political priority over the next year.