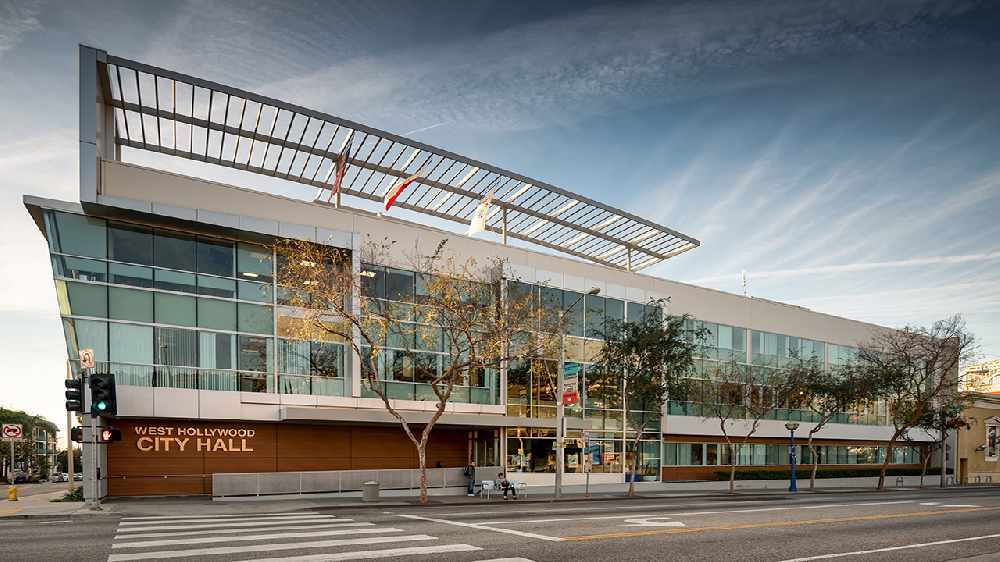 By Vic Gerami, the host of THE BLUNT POST with VIC

A spirit of community activism and civic pride thrives in West Hollywood for many of its approximately 35,000 residents. For more than three decades, West Hollywood has been one of the most influential small cities in the nation; no other city of its size has had a greater impact on the national progressive public policy agenda.

The city continued its tradition of standing for human rights and trailblazing on Tuesday night, January 19, 2021. The West Hollywood City Council unanimously adopted a resolution recognizing the Independent Republic of Artsakh (Nagorno-Karabakh). View the resolution here.

With the request and assistance of Armenian-American journalist, radio host, and activist, Vic Gerami, the resolution was sponsored by Councilmember Sepi Shyne and co-sponsored by Mayor Lindsey P. Horvath.

Last year, on October 19, 2020, the West Hollywood City Council unanimously adopted a resolution (NO. 20-5338) condemning Azerbaijan’s military operation in Nagorno-Karabakh and in support of a peaceful resolution to the conflict.

“As a gay Armenian-American, this is one of the most important and meaningful moments of my life. I can take a minute and exhale after witnessing Azerbaijan and Turkey’s genocidal assault and ethnic cleansing against Armenians of Artsakh since September 27, 2020,” said Vic Gerami, the host of THE BLUNT POST with VIC on KPFK 90.7 FM.

He continued, “West Hollywood is a trailblazer, so I hope that other cities and towns across the country will follow and stand in solidarity with Artsakh Armenians and their right for self-determination. I am grateful for Councilmember Shyne and Mayor Horvath and the three other Councilmembers for passing this monumentally important resolution unanimously.”

West Hollywood has set new standards for other municipalities, not only as a leader in many critical social movements — including HIV and AIDS advocacy; affordable and inclusionary housing; LGBT rights, civil rights, and human rights; women’s rights; protection of our environment; and animal rights — but also in fiscal responsibility.

“I want to thank Mayor Horvath for co-sponsoring this very important Resolution with me and proud of my colleagues for voting in support! The City of West Hollywood has historically stood for justice and we did it once again this evening by recognizing the Independence of the Republic of Artsakh. As an Iranian American, I am proud to stand with and be an ally to the Armenian community,” said West Hollywood Councilmember Sepi Shyne.

Approximately 900,000 Armenians live in CA, 700,000 of whom in the greater Los Angeles area, including West Hollywood, Hollywood, East Hollywood (Little Armenia), Glendale, Burbank, Pasadena, and throughout the San Fernando Valley.

West Hollywood Mayor Lindsey Horvath expressed her enthusiasm by saying, “This issue has been very important to me personally and to our City for quite some time. I have previously participated in marches to commemorate the Armenian genocide. In my first term as Mayor, I introduced an item directing our City to lower all flags in recognition of Armenian Genocide Day on its 100th anniversary – a tradition we now continue every year. Last year, the West Hollywood City Council unanimously adopted a resolution condemning Azerbaijan’s military operation in Artsakh and supporting a peaceful resolution to the conflict.”

She continued, “This year, we are building on the City’s legacy of respect and support for all people, with special acknowledgment of the unique atrocities that Armenian people have faced, by calling for formal recognition of the independence of the Republic of Artsakh. It is my deepest desire that our Council’s action gives further strength and support to bringing peace and stability to the region. We must demonstrate our commitment to standing with people of Armenian descent in our greater Los Angeles region who continue the fight for freedom. I remain an ally in this struggle and am glad to lead our City in this important act of solidarity.”

In addition to dozens of cities across the US, hundreds of cities and principalities in France and Italy have recognized Artsakh, as well as cities in the United Kingdom, Spain, Uruguay, and Guatemala.

On November 25, 20202, the French Senate voted 305-1 recognizing the independence of the Republic of Artsakh, calling upon the US administration and Congressional leaders to take similar action.

Following the Senate’s vote, on December 3, 2020, France’s National Assembly approved a resolution calling on the government to recognize Artsakh as a “republic.” The resolution was adopted in the Assembly with 188 “yes” votes against three “no” votes, while 16 deputies abstained from voting.