The Battle Lines are Drawn, Time for Action 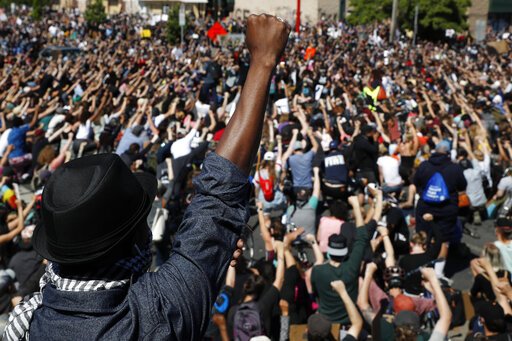 Sometimes, maybe, when a bout of writer's block arrives it's 'cause there's nothing left to say.

This morning I woke, stared into the proverbial blank page - and quickly came to the conclusion that it was a waste of time to torture myself with words not forthcoming.

Here's why: We know the score. The time for words is over, It's time to get in the game and play to win. No more faffing around. We have to be as results-focused as Mitch McConnell or Bill Belichick.

2020 has been cruel and stark - but if we haven't learned it's lessons we're fools, and that ain't us.  However, to date, our side has failed to fight with a singular-focus that matches the resolve of our foes.

We know that the U.S. has been and remains a structurally racist society. We understand that our foes are fine with that. We will settle for nothing less than an anti-racist society. That is what we are fighting for.

We know that we are burning ourselves off the planet through the continued use of fossil fuels. We understand that our foes are getting rich from this, and sacrificing us in the process. We must seize the means of energy production from them. That is what we are fighting for.

We know that the wealthy few have almost all of the treasure and political power in the land.  Our foes are fine with that. We understand that fundamental changes in the economic order, away from neo-liberalism, are necessary to build a prosperous and inclusive middle class society. That is what we are fighting for.

We know that our foes are stacking the courts so they can continue their regime of divide and conquer; continue their monopolies over essential resources and political power; disempower women and maintain their murderous, racist carceral state.  We understand the necessity of introducing a balanced justice system into this society. That is what we are fighting for.

We know that our foes are fine with depriving us of basic human rights like healthcare, food security, and housing. We understand that all three are a right of birth. That is what we are fighting for.

We know and understand that a victory by Joe Biden over Donald Trump will not deliver what we are ultimately fighting for: a prosperous, anti-racist, middle class America with zero carbon emissions.

We know and understand  that a victory by Joe Biden over Donald Trump will deliver what we need: a victory in an imminent and essential battle; a victory that will preserve democracy and expel from office a power-crazy President whose irrationality is a mortal danger to us all.

We know and understand that we cannot make the same mistake that the left and the center-left made in Germany in the 1930s.

We know and understand the time for talk is over. We stand with our allies, poised to vanquish the enemy. It's time for action. Let's win this thing.