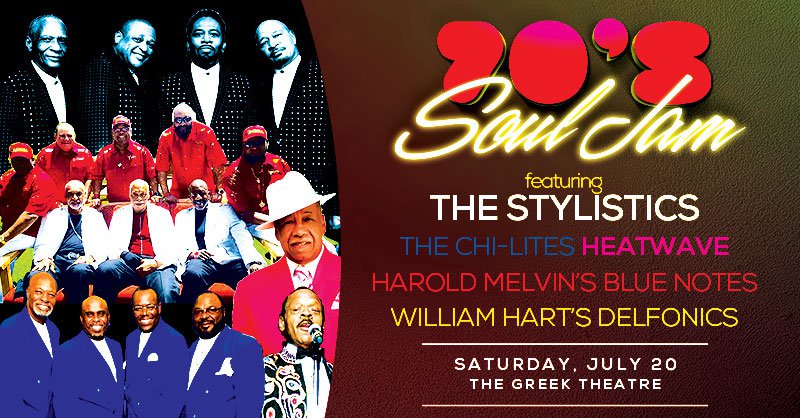 The Stylistics was formed in Philadelphia, PA in 1966 from two groups, "The Percussions" and "The Monarchs".  When members from each group were drafted or went on to further their education, the remaining members under the guidance of their English teacher Beverly Hamilton joined forces and changed the name to "The Stylistics".

The Chi-Lites were formed in Chicago in 1959.  Originally called the Hi-Lites, they consisted of Marshall Thompson (birthday 24th Aug), Creadel "Red" Jones, Eugene Record, Robert Lester (birthday 16th August) and Clarence Johnson.As the Hi-Lites they released a number of singles on local labels then in 1964 they changed their name to Marshall & the Chi-Lites; the 'C' being added to reflect the name of their hometown, Chicago.  By the end of 1964 Clarence Johnson had left the group and they truncated their name to simply the Chi-Lites.  During the ensuing four years Eugene Record slowly emerged as the group's lead singer, songwriter and producer.

The Delfonics were one of the first groups to sing in the sleek, soulful style that became popularized (thanks to producer Thom Bell) as the "Philadelphia sound." A vocal trio made up of brothers William and Wilbert Hart and high school friend Randy Cain, the Delfonics roots go back to doo wop singing at school dances in the early '60s. They were well-known in the Philly area for their supple, airtight harmonic talent, which brought them to the attention of record producers, eventually landing them a contract with Cameo-Parkway. While their early records brought them little if any notice, it did bring them to the attention of producer/arranger Thom Bell, who signed the band to his soon-to-be influential soul label Philly Groove. Right from the start this was a perfect match as the band released the classic "La La Means I Love You" in 1968, a song that began a string of hits lasting into the mid-'70s.